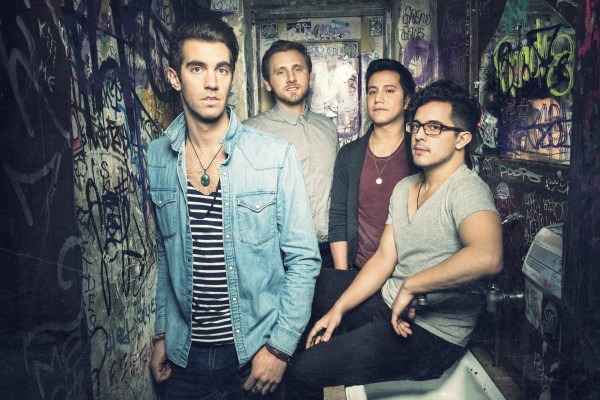 Last year around this time, American Authors lead vocalist Zac Barnett and his band mates were “desperately calling up” everyone they knew to come to tiny gigs they were playing around New York. “We were contacting all our friends to fill out our shows at places like Arlene’s Grocery,” says Barnett of the small venue located on the Lower East Side. “For the past six years, we’ve been doing DIY tours, sleeping anywhere, working the crapiest jobs, and living in this shithole apartment in the middle of Bushwick, Brooklyn.”

Today, the band still lives together in that small Bushwick apartment, but other than that their fortunes have changed dramatically. One of the most buzzed-about acts in the industry today, American Authors has found burgeoning success thanks to “Best Day of My Life” and “Believer” — two positive poppy tracks that are getting immense radio airplay, numerous television and film placements, and introducing the band to a growing nation of fans. Capping it all off, in late November the group headlined a sold-out show at the New York’s legendary Gramercy Theater, and Barnett understandably is taken aback by their trajectory since their days scrounging up an audience at Arlene’s. “This all really feels amazing,” he explains from Chicago just after playing a radio gig. “However, it’s definitely been a tough road to take.”

Barnett’s road to musical success first began in Minnetonka, Minnesota, a community 15 minutes outside of Minneapolis. “I grew up in a pretty normal town. Both my parents were big music lovers, and they’d always push new music onto me.” Barnett’s father, an accomplished jazz guitar player, passed his musical talent to onto his son, and by the time he reached the 7th grade, Barnett began singing and writing music. “My dad actually built me my first guitar,” says Barnett, who also plays guitar in Authors. “Throughout my public school days I was always active in the Minneapolis music scene.”

That activeness paid off when Barnett was accepted to Boston’s prestigious Berklee College of Music fresh out of high school, and his collegiate work ethic led him to become President of Berklee’s Songwriter’s Club by the time he was a sophomore. It also brought him into contact with other ambitious students with big musical dreams- three of whom make up the rest of American Authors (including James Shelly on lead guitar, Matt Sanchez on drums, and Dave Rubin on bass).  “We actually all lived off-campus in Boston. I met James at a Berklee club expo. One thing led to another, and we started writing together.”

Despite first getting together in 2007, American Authors as a band didn’t officially form until 2011. Before then, the guys were known as a different name. “We were all making music together as The Blue Pages, but decided to drop out of Berklee and move to Brooklyn. We’d been through a lot of changes (as a band), and figured it was time for a fresh start and a new chapter in our musical lives.” That fresh start also turned them into American Authors, a name that comes from the idea that “an author doesn’t have to be someone who writes a novel or a book,” said Barnett. “It’s someone who tells a story through written words, and that’s what we’re doing with our lyrics and music.”  Once in Brooklyn, it took some more time until things started to truly come together. “What kept us going was people saying, keep writing, keep writing, keep writing,” explains Barnett of those lean years. “We just kept on making music that we love, and ultimately that’s what’s paying off.”

American Authors finally started gaining traction in December 2012; that’s when one of their early demo’s of  their song “Believer” landed in the hands of the powers-that-be at Sirus Radio’s Alt Nation station. Sirius eagerly wanted to play the track, but there was only one problem: the song wasn’t done. “When we wrote that, we wanted to do something completely fun and upbeat. James had just found a banjo under his girlfriend’s bed like two days before that, so he actually learned banjo for that song,” says Barnett. From then on everything came together quickly, and Sirius started spinning “Believer,” which soon became one of the most popular songs on the station — a feat made all the more impressive since the band was unsigned at the time. That all changed when Mercury Records (a division of Universal Music), came calling, and signed them that January.

From there, the band found a niche by creating catchy, positive-sounding tracks- which lead to their signature song, “Best Day of My Life.” Since it’s official release this past summer, the song has taken on a life of it’s own: it’s been featured in the trailers for the feature films “The Secret Life of Walter Mitty” and “Delivery Man,” covered on NBC’s “The Voice,” and played during everything from Fox’s autumn coverage of the World Series, to commercials for Hyundai and Lowe’s. Oddly enough, the track is actually a product of five separate songs. “We put them all together, and listening back we weren’t sure if it was weird or cool… We couldn’t really tell,” says Barnett of the hit song’s genesis. “So, we sat on it for a couple of days. When we went back to it, we realized it was something really special. As far as the lyrics, we wanted to tell this story of how no matter what’s going on- whether you’re stuck at your job or having a bad day- there’s always an escape from that, and there’s always a way to make any day the best day of your life. It’s about escaping reality and entering into that dream world.”

For American Authors, it looks like they’ll be in a dream world of their own into 2014. Their debut album drops in March, and until then the band is on a grueling touring schedule as “Best Day of My Life” continues to explode. “Our whole thing is that we’re just gonna continue to write, record, and tour as much as we can,” explains Barnett. “We’re still the same guys, even though we went from nothing to something, it’s still been this gradual build-up. We’re just super blessed we get to play music for a living. As for anything else that happens, we’re ready — so bring it on!” 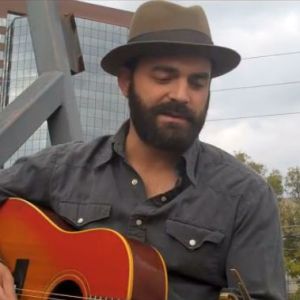 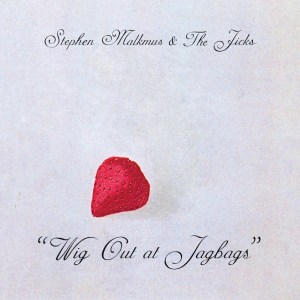