Friday the 13th was everything but unlucky for music fans at Bonnaroo. To say the cosmos lined up was a bit of an overstatement, but it’s hard not to feel blessed by the unique opportunity to watch Neutral Milk Hotel and Ice Cube under a full moon on the farm. Bonnaroo pulled out all the stops for day 2, and we’ve got your highlights.

The Wood Brothers have accumulated new fans and facial hair since their last time at Bonnaroo. Since their 2006 album Ways Not to Lose, the real-life band of brothers, Oliver and Chris Wood, have been enjoying moderate success touring on the strength of their songs and last name (Chris is the Wood in Medeski Martin & Wood). A few years ago country star Zac Brown signed the brothers to his Southern Ground record label and took them on tour. Since then the band has been on their way from best-kept-secret to a staple live act, and it’s easy to see why.

The band kicked off their first Friday set at This Tent, but the real treat came later when the band took the smaller Sonic Stage for a more intimate endeavor. If there’s one thing The Wood Brothers are good at it’s making you feel like you’re back on grandma’s country porch catching  fireflies in a mason jar (even if you’ve never been to the country and don’t have a grandmother). The band’s songs are just powerful, and while distinctly Americana/Folk, they don’t fall in the same traps and cliches that riddle the genre.

The Wood Brothers set a high bar early on Friday.

Dr. Dog’s set was hampered by the age-old Bonnaroo problem of playing the Which Stage during a windy afternoon, but they still managed to keep the crowd. The Philly-based outfit relied heavily on their most recent two albums for their Bonnaroo set, which seemed to be what most of the crowd was familiar with. It’s hard to hear pounding, energetic guitar reduced to a whisper and still keep the sanctity of a song, but Dr. Dog either didn’t realize or didn’t let it deter them (or a bit of both).

Awful sound aside: people danced, they sang, they smoked lots of drugs, it was a pretty typical Dr. Dog show. And besides, all the hardcore fans know they played a secret set at the campsites on Thursday, so who’s keeping count? Some bands just sound better in a tent (or really anywhere but the Which Stage), and hopefully next time Dr. Dog returns to the farm it will be in a different setting.

20-year-old English sensation Jake Bugg has a pretty good following in the states. Despite competing with festival proven acts like Danny Brown and Umphrey’s McGee, the folky songwriter drew an impressive crowd to This Tent. And a good chunk of those fans seemed to know every word to every song.  Jake Bugg’s set was a great big sing-along.

And why not? The kid sounds like the sweet spot between modern folksters like Sondre Lerche, and 60s classics like Donovan or Nick Drake. His young age doesn’t translate to his songs, which are clever and self assured, and his band is top notch. England is lucky to have a young talent with as much promise as Bugg. It’s too bad we can’t trade him for Justin Bieber.

Andrew Bird and Wes Anderson seems like an obvious comparison to me. Both artists are so jarringly unique, yet so remarkably consistent, critics have basically come to a stalemate.  What do you say about them except they’ve predictably scored another basket?

With his new band, The Hands of Glory, Bird teams up with Tift Merritt and more for an old-timey folk explosion that was probably meant to be heard in a theater. But enough people packed into This Tent and the sweltering Tennessee sun took a break  long enough for a breezy, but enveloping performance.

In a time slot dominated by acts like Vampire Weekend and Phoenix, Neutral Milk Hotel was like a relic from the past, but the crowd never felt more present. As if all their suburban, nerdy suppression and angst had reached a boiling point, the Neutral Milk Hotel audience was surprisingly the most brutal of the day.

Jeff Mangum built a career on crafting soft, meaningful, magical songs, and then tearing through them with fuzzed out bass and punk rock breakdowns. For the crowd these aggressive musical excursions offered the chance to mosh and basically beat the shit out of each other while trying to move toward the stage. It wasn’t until twenty minutes into the set after someone popped the giant balloon that it really started to feel like a Neutral Milk Hotel set.

The band managed to squeeze out a little over an hour of material, which is about all they have including fuzzy noise jams. Every classic song you could want to hear was played, and it was awesome.

It’s remarkable how convincing Mangum sounds singing the same songs he wrote over a decade ago. It’s hard not to wonder how the band would sound if they decided to extend this reunion tour into another album of fresh material.  Wishful thinking.

Speedy Ortiz frontwoman Sadie Dupuis knows all of Stephen Malkmus’ old tricks, and she’s not afraid to use them. The band, who are building a career on the sound of Slanted-era Pavement,  capture a lot of the energy and unpredictability of their post-punk forefathers, with a sultry twist.

Sporting a brand new lead guitarist, Speedy Ortiz schooled fans on alt-rock riffage, and even showed off some new tunes. Despite the sea of “Fuck Kanye” chants (West was the only other act playing at the time), Dupuis wouldn’t bite and urged fans to check their resentment at the door. “Kanye invited us here personally,” she joked. Oh yeah, stage banter: the band sucks at that. But who needs stage banter when you’ve got a plethora of punishing guitar tones and good material?

Speedy Ortiz was the perfect (and only) alternative to Kanye West. 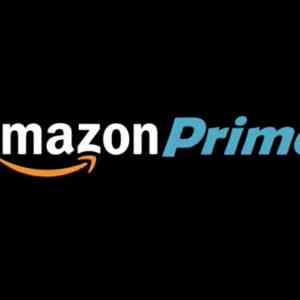 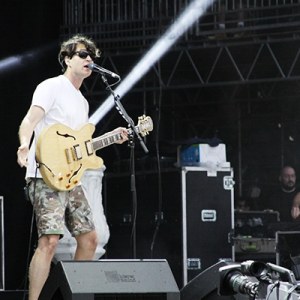