Pop maven Billie Eilish detailed her six-day climate change awareness initiative, slated to take place in London next month. Events will be held on June 10, 11, 12, 16, 25, and 26 at the 02 Arena.

Overheated will connect a host of musicians, activists, and experts in various climate fields to discuss topics ranging from green music practices to sustainable fashion. Eilish, a vegan, will also put importance on the benefits of a plant-based diet during daily panel discussions.

Along with panels, there will be daily airings of a documentary also titled Overheated—in which Eilish features alongside Vivienne Westwood, Girl in Red, Emily Eavis, and more. Synth-pop singer Sigrid is slated to perform on the 16th.

The events will coincide with the U.K. portion of Eilish’s Happier Than Ever World Tour. All profits from the ticket sales will be donated to organizations Support + Feed and REVERB.

Check out the full initiative video from Eilish and the partnering organizations below.

Eilish has made numerous public statements calling for action against climate change. Last November, she urged world leaders at the COP26 to “stand together and speak up for our planet, not just for us, but for our future generations.”

Additionally, the Los Angeles native took an eco-friendly approach to her 2022 Met Gala look, partnering with Gucci to use “all existing materials” to avoid waste.

“This all already existed, and [we] just wanted to be as eco-friendly as possible,” she said to Vogue at the star-studded event.

Eilish has also constantly been in the headlines for her music. Earlier this year, Eilish and her brother Finneas received nods from both the Oscars and Grammys for 2021’s “No Time To Die” – the theme song for the final installment of Daniel Craig’s Bond saga.

This summer, Eilish is slated to perform the largely sold-out European leg of her “Happier Than Ever Tour.” 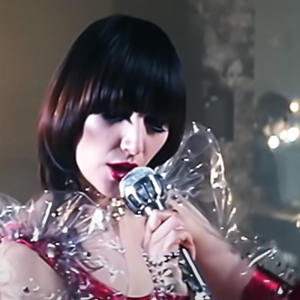