Billie Eilish continues to prove she’s a super fan of The Office.

During an appearance on the Office Ladies podcast hosted by two of the show’s stars, Jenna Fischer and Angela Kinsey, Eilish recreates a famous scene from the fourth episode of season one. In the episode Fischer’s character, Pam Beesly, and Kinsey’s character, Angela Martin, are having their first meeting as part of the party planning committee. Eilish fills the role of Angela’s nemesis Phyllis Vance, originally portrayed by actress Phyllis Smith. Kinsey went so far as to pull the dialogue from the original draft of the script they read in 2004.

“I know this scene quite well,” Eilish laughs.

The singer opens the scene, capturing Phyllis’ sheepish nature. “Well for decorations, maybe we could do…no that’s stupid,” she says. “Forget it. Well, I was going to say we could have streamers, but that’s dumb. Everybody has streamers, never mind.”

Kinsey responds by snapping into her character’s curt demeanor. “That’s a good idea,” she affirms. Upon asking what color streamers they should get, Eilish slowly lists off green, blue, yellow and red when Fischer interjects as Pam suggesting green. “I think green is kind of whore-ish,” Kinsey replies, the three cheering and clapping as the scene ends. “You’re officially in the PPC!” Kinsey tells the superstar.

Eilish has long made her affinity for the hit NBC series known. She even sampled dialogue from the “Threat Level Midnight” episode in season seven in her song, “My Strange Addiction.” In the track, Steve Carell’s character Michael Scott can be heard saying, “No Billie, I haven’t done that dance since my wife died.” Quotes from other characters are also used throughout the song.

In 2020, the “Bad Guy” hitmaker appeared on An Oral History of The Office podcast and spoke with Carell and host Brian Baumgartner, who played Kevin Malone, about her love for the show. 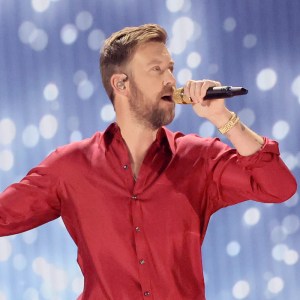 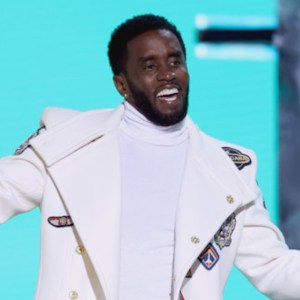