As Summer NAMM 2015 was coming to a close, a select group of musicians and guitar enthusiasts ventured about thirty minutes south of Nashville to Artisan Guitars in Franklin for the release party of the Brad Paisley Signature Model Guitar. Met by a buzzing crowd, Brad Paisley introduced his new Santa Cruz BP/W Model to the sound of a warm applause. Hosted and organized by the owners of Artisan Guitars, Bill and Ellie Warmoth, the evening turned into a fantastic scene of finger-pickin’ and guitar strummin’ good times as the attendees, and even Paisley, got to play the guitar for the first time.

“My friends were texting me pictures of my guitar from the Santa Cruz booth all week! At this point, I think I’m the only one in this room who hasn’t seen it in person yet,” said Paisley as Richard Hoover, CEO and founder of Santa Cruz Guitar Company, handed him his guitar.

After a visit to the Santa Cruz factory and exploring different acoustic inspirations, Paisley and Hoover designed the custom dreadnought based on SCGC’s Pre-War Dreadnought Model. The Brad Paisley Signature Model was built with a dedication to the sustainability of treasured tone wood (East Indian Rosewood and Bear Claw Sitka Spruce) and fully customized with Paisley’s preferred playability, tone and look in mind.

After playing a few minutes, Paisley added, “I’ve never picked up a Santa Cruz that wasn’t magical. This is the type of guitar you build up to, and the idea of one of my fans or contemporaries using it would make me proud.”

Artisan Guitars will offer the Brad Paisley Signature Model for purchase in their store. While the first three guitars are already spoken for, the shop expects to receive more later this week. 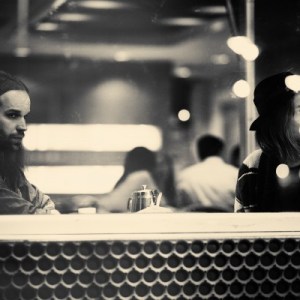 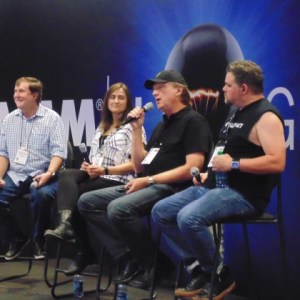