The Grammy Award-winning artist took to social media on Sunday (May 1) to express her sadness at the passing of the country legend Naomi Judd, who died on Saturday (April 30).

Carlile, who said the Judds were her first concerts as a kid, shared a video on her Instagram page of her playing the acoustic guitar while her daughter sat by her side.

Added Carlile in the post: “Having a bittersweet Sunday afternoon at home with my daughters today and praying for @wynonnajudd and @ashley_judd We know they woke up to a world without their mom today 💔 We want them to know that they’re so loved and that they’ve given a language to not just mothers and daughters everywhere but that every family can learn something about love from @thejuddsofficial.

“They were my first, second and third concert in my life and they’ve given me more than they could possibly understand.

“Tonight they will be Inducted into the Country Music Hall Of Fame and I was supposed to sing them this song tonight.

“Let’s send them every bit of love and gratitude that they deserve.

As many music fans know by now, news broke of Naomi’s passing over the weekend.

The cause of death was not given, other than a reference to “mental illness.”

The Judds were set to be inducted into the Country Music Hall of Fame on Sunday, May 1. Daughters Wynonna and Ashley attended the induction as a tribute to their mother.

Wynonna had already confirmed her attendance to the ceremony, and her sister Ashley joined to share her support and honor their mother during the emotional tribute. The sisters held one another and recited the bible verse, Psalm 23 in memoriam of their mother.

“I’m sorry that she couldn’t hang on until today,” said a tearful Ashley Judd. Speaking to the silent crowd. Wynonna added, “Though my heart is broken I will continue to sing.”

The Kentucky-born singer and member of the Grammy Award-winning duo The Judds was the mother of stars Wynonna and Ashley Judd.

Together, the mother and daughter performers notched 14 No. 1 hit songs in careers that have covered some three decades. After their rise to the top of the country charts, Naomi had to bow out of the spotlight after doctors diagnosed her with hepatitis.

The Judds released six studio albums and an EP from 1984 to 1991 and won nine CMA Awards and seven from the Academy of Country Music. The group also earned five Grammy Awards.

Together, they sang about family, marriage, and the virtue of parents sticking together.

“What I’m looking forward to most is celebrating Judd music with the fans,” Wynonna previously said in a statement about the reunion tour. “Mom and I have had quite the journey over the last 38 years, and the fans have been with us through it all. This tour is a celebration for them.” 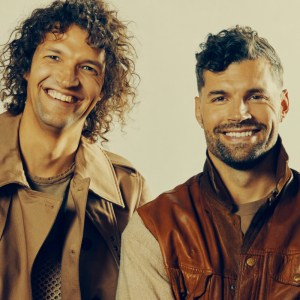