For those wondering why country legend Dolly Parton hasn’t called you back, it’s probably because you didn’t fax her your information.

At least, that’s what another country legend, Reba McEntire, would tell you.

Indeed, according to McEntire, Parton doesn’t really use a phone. And the only way to reach her is through a fax machine.

In a recent interview with Apple Music’s Southern Accents Radio that came out on Saturday (April 30), McEntire told host Dave Cobb that when she reached out to Parton for their “Does He Love You” collaboration for McEntire’s 2021 Revived Remixed Revisited album, she had to do so with the outdated machine.

Cobb asked McEntire what it was like “making that phone call” to ask Parton to participate in the collaboration.

And McEntire responded, “Well, you don’t call Dolly, you fax her. And you fax your people and your people talk to her people.”

Cobb needed more details, to which McEntire responded, “That’s the only way I know to get ahold of her. I even asked Kenny Rogers one time, I said, ‘Do you have Dolly’s cell number?’ He said, ‘No.’ So you fax her.”

Despite her penchant for fax machines, Dolly did recently do a Super Bowl commercial for cell phones with her famous goddaughter Miley Cyrus.

In the past, though, Cyrus has talked about faxing Parton, saying, “She faxed me.” Cyrus added, “She gets upset when you don’t respond. And it’s like, I’m sorry, I don’t even know. Half the people watching your show might not even know what a fax machine is.”

Outside of the fax machine stories, McEntire complimented Parton many times in the Apple interview, saying, “She did tell me one time that she gets up early in the morning and she writes. She writes every day. But Dolly is different than anybody I’ve ever met, whether they’re in the business or not.”

McEntire added, “She’s so creative, so witty, so spunky, so feisty. And the biggest-hearted person I’ve ever met in my life, and I’ve met some bighearted people.” 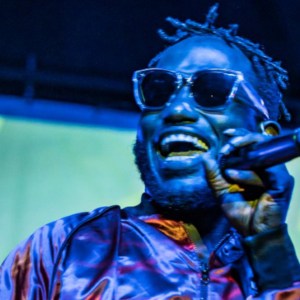