“My brother had won this toy nylon string guitar at a fair somewhere and promptly broke all the strings on it,” Brandi Carlile began. “I used to take the string off my dad’s hunting bow and tie it around the guitar like a guitar strap, like all kids do. I would just pretend like I could play the guitar—one day, I went to the bathroom mirror, took my thumb and slid it down the strings over and over again in this cowboy pattern. I wrote lyrics about being a cowboy riding off into the sunset, falling asleep at my saddle… I realized that I was very clearly a composer.”

This was the beginning of it all for Carlile: her very first song. And now, six albums and eleven Grammy awards later, she’s earned her place in the annals of country music history. As a trailblazing icon for women and the LGBT+ community—as well as an outspoken advocate for marginalized people everywhere—her songs and the projects she’s led have become cornerstones of Americana in the 21st century.

And as of April, with the release of her memoir, Broken Horses, Carlile is opening up about the journey she’s taken to reach this moment. Speaking on Joy Williams’ Apple Music Country radio show, Southern Craft Radio, the 39-year-old songwriter shared some insights into why she wanted to tell her story now.

“I think that a part of me always feels like there’s something that I’m not telling people and that that must be why I’m allowed to be here, you know what I mean?” she said to Williams. “And I don’t know if that’s just some personality problem I have or whatever, but I kind of felt like writing the book might cure that inadequacy, that imposter syndrome thing that I have. It’s like, ‘Hey, if I just tell the truth, if I just say it all right here in one place, it’s there, it’s documented, no one can tell me that I didn’t tell them, and here it all is.’ I know that’s supposed to feel like a total relief—and I do feel a lot lighter—but, at the same time, it’s also very daunting and strange to answer questions like the ones I’m answering this week as opposed to the rest of my career about whether or not the words come first or the music comes first.”

Yet, for as frightening as it can be to lay bare your soul in the way she has in Broken Horses, Carlile is no stranger to being brave with her words. From her intimate songs like “The Mother” or “The Joke”—both of which she discusses with Williams on the show—to her seminal work with The Highwomen, she’s become a go-to voice for earnest truth-telling… especially with cases involving injustice.

“If I see the impact of Broken Horses anywhere, it’s in these faith-based discussions, because that’s the thing that keeps coming up,” Carlile told Williams. “I don’t go into it more in the book than anything else, but these traumatized queers are all wanting to talk about this and reach out. I think it’s really good. It’s good for LGBTQIA people that have been traumatized by faith, but it’s also good for people of faith because they can be so stigmatized by traumatized people. And if the traumatized people can work through some of that trauma, there could be a come-together moment. Just in the last week that the book’s been out, and I’ve thought to myself ‘Wow, okay. If I’ve ever been effective in this way, it’s here.’”

And now, putting out this book, working up new music and raising two children with her wife, Catherine Shepherd, Carlile is coming into an exciting new era, both in her career and her life. And while the songs she writes now are a bit more sophisticated than the bathroom-mirror-penned cowboy song that started it all, her gifts as a composer continue to illuminate the world. 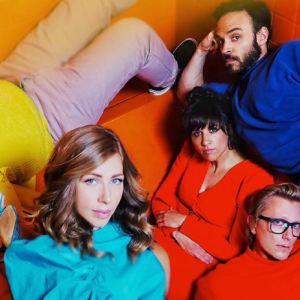 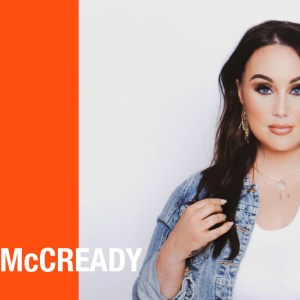