Today (September 22), the annual music festival that showcases the beloved Americana genre, Americanafest, opened up its ticket booths for a four-day Nashville event. The festival flows more like a musical summit, as music fans and industry professionals alike flock to sit in on panels before attending live shows.

The first panel of the day was hosted by singer/songwriter Valerie June and writer/artist Ann Powers. Later tonight, Braison Cyrus will play at EXIT/IN starting at 11 PM CT. Before his set, American Songwriter caught up with Cyrus to ask him about his favorite pre-show rituals and his new music.

“I’m juggling my three-month-old, rehearsals, a release today, and we have some shows next week,” Cyrus begins, “so juggling all three of those things is getting a little wild, but I enjoy it. I thrive in situations like that, and it’s nice to have everybody in town.”

The release Cyrus is referring to is his latest single titled “Autumn Leaves” off of his forthcoming record Javelina, out October 22.

Despite its official release today, Cyrus and his band have performed “Autumn Leaves” in a live setting before. Tonight, however, is the first time that fans can stream this song over and over after they leave Cyrus’ show.

Before shows, Cyrus reveals that the band has a favorite pre-show ritual. “Me and my bandmates sing ‘Hooked on a Feeling‘ before every show together. My band, does the Ooga-Chaka Ooga-Ooga and then the rest of it,” Cyrus says. “We played at City Winery last year, and I think after that show, we decided that that was our pre-show ritual to [sing that song].”

Outside of his live performances, Cyrus explains that his forthcoming album is a “personal and valuable way of looking into [his] life.”

Javelina was produced at the historic Castle Recording Studios in Franklin, Tennessee, which set the scene for an introspective approach to record making. The title, Javelina, is a reference to the pig-like animal found in the southwest and represents the duality of man and beast. Cyrus later mentions that one of his favorite moments from Javelina‘s creation process stems from the instrumental song “Revolver,” which is placed in the middle of the record.

“Ennio Morricone passed earlier last year, and so we [the band] were kind of broken about it. We were like, ‘We need to do an instrumental western song in tribute to him.’ We were wrapping up [production] for the day, and said, ‘Hey let’s rehearse this song, and kind of get an idea of what we want it to be.’ We played around for about 30 minutes, it was really really late at night.

“Our engineer and co-producer Jordan Reed came on the intercom and was like, ‘Hey, I actually recorded that. Do you guys want to come listen to it?’ We were like, ‘Well, we’re never going to get a better take than that, so we should just keep it the way it is,'” Cyrus says.

Overall, Javelina is as authentic as they come, and we can’t wait to hear it live.

Make sure to check out Cyrus’ music here, and his show tonight at EXIT/IN. You can find out more about Americanafest here. If you miss Cyrus’ Americanafest performance, he will be playing at Lightning 100’s Halloween show next month. 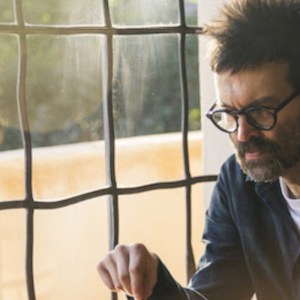 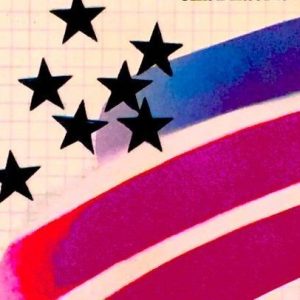