The end of a relationship will always spawn an impassioned breakup song. When it hit Brian Erickson, the Asbury Park-based songwriter stoically faced Elizabeth Kübler-Ross’ famed ‘five stages of grief’ and put it into song, laying it all out in the upbeat single “Little Secrets.”

“Little Secrets,” taken from his first solo full-length release of the same name, blends the musical insightfulness and spirit of Wilco, Jon Brion and Brian Wilson into a hummable dreamy pop song that hits quick and wraps it all up in just over two minutes. You can listen and purchase the song on Erickson’s Bandcamp page here or his other social pages.

Built on classic Brill Building chord changes with sweet major to minor moves and alternating minor/dominant changes, Erickson’s poppy McCartney-esque bass line anchors the track, which is beautifully layered with counter harmony vocals and a lyrical nod to the influence of Todd Rundgren in the opening line:

“I was thinking about when partnerships end because there’s usually a lot of emotional activity,” the Asbury Park musician told American Songwriter. “There’s that period where it’s not quite over and we still reach out to each other. Then it moves off that and we ask ourselves, ‘Who am I to this person?’ And I came up with a truly cynical answer: ‘Probably just a box of stuff under their bed.’”

In keeping with the end of the relationship theme (and Covid-19 restrictions), Erickson recorded the album on his own, referring to the record as his “kitchen table album.”

The aftermath of a relationship’s ending propelled Erickson’s lyric point of view. “Decisions need to be made: who’s side are our friends on? Is this thing really, actually over? And then regretful moments are reflected upon: Should we have fought over one thing or another? Then you decide, ‘You know what? Maybe this just wasn’t my person.'”

It might be time to write this off
Admit we maybe got it wrong
Where do those little secrets hide?
If they’re waiting just off to your side

Erickson has been part of several acclaimed NJ bands, including indie rock favorites Paper Jets and The Extensions, and was recently the guiding force behind the Demos For A Difference project, a 190-plus artist compilation which is raising money for the NAACP Legal Defense Fund.

The full Little Secrets album moves at quick pace, with 10 songs tracking in around 25 minutes. Erickson went for daytime/nighttime concept with “Little Secrets” as the Side One closer. “I’m trying to give it that reflective, late-afternoon haze. Just before the sun goes down. It’s got a real ‘whistle while you hastily wrap up your work so you can get started on your evening plans,’ mood. The day shift is over. You don’t have to go home but…you know.” 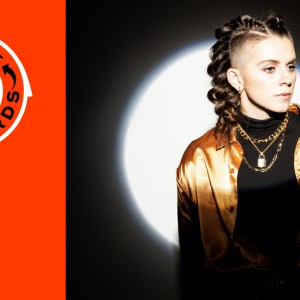 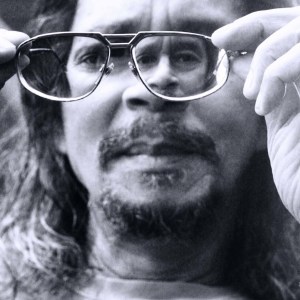