We had the pleasure of interviewing Heather Youmans over Zoom video!

Tomorrow (April 23rd, 2021) Heather Youmans will share her new single A LITTLE CLOSER TO HAPPY. The music video bottles up good vibes, sunshine and that “California Dreaming” lifestyle. Music fans may recognize Heather Youmans from Fox’s new singing show “I Can See Your Voice,” which was watched by 4 million viewers this Fall/Winter. Heather Youmans’ artist project is a commentary on happiness — bringing together SoCal sunshine, good vibes and an optimistic point of view with pop/indie rock tunes reminiscent of HAIM and Sheryl Crow.

A LITTLE CLOSER TO HAPPY is a SoCal-inspired soundtrack to the pursuit of happiness. People know Youmans as an “eternal optimist,” someone who always seems to find something to smile about. But, happiness isn’t perfect, and feeling happy all the time is a myth. Truth is, we all get a little sad sometimes. A LITTLE CLOSER TO HAPPY centers on one truth: “Achieving true happiness is a journey. Once you find it – no matter how big or small – hold onto it.”

Heather Youmans was born and raised in San Diego, just a 10 minute drive from the beach, so this song and video really sum up the California dream – from sunshine and contemplative beach sunsets to playing music around the campfire in flip flops (with a White Claw).

Heather Youmans is a Los-Angeles-based singer-songwriter, acclaimed vocalist, bassist and actress. The “essence of a Southern California singer/songwriter” (American Songwriter Magazine), Heather’s music spreads happiness. It’s honest, uplifting and influenced by a range of dynamic women in music, including: HAIM, P!nk, Kelly Clarkson, Sheryl Crow,  Sara Bareilles, Alanis Morissette, Fiona Apple, Joss Stone and Donna Missal. Through the years, she has written/recorded original music featured in Forbes, Parade Magazine and the LA Times, played on Top40 radio and in movies – including “Flicka 2” (alongside country music icon Clint Black), “Marley and Me 2” and “High Strung,” premiering at TCL Chinese Theatre. She opened for Sting and the late Natalie Cole at a Unicef event, and has sung the national anthem solo for the LA Kings and 20,000 fans at Staples Center on New Years Eve. In Fall 2020, she released single SHINE–channeling good vibes, self-love and sunshine–and appeared as the “Tap Dancer” on FOX’s new hit singing show “I Can See Your Voice.” A LITTLE CLOSER TO HAPPY is the next chapter in her pursuit of happiness, as she continues to spread optimism and positive energy to fans. For the latest on Heather’s upcoming projects, follow her on Spotify and Instagram. 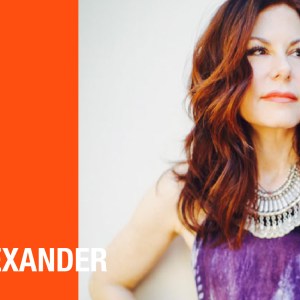 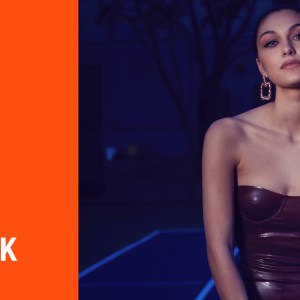