Speaking out on social media about her new collaboration with famed songwriter and performer Elton John, Britney Spears says she wants to be fearless like when she was younger.

Taking to Twitter to share some insight into her career, Spears wrote to her nearly 56 million followers:

“Okie dokie … my first song in 6 years !!!! It’s pretty damn cool that I’m singing with one of the most classic men of our time … @eltonofficial !!!! I’m kinda overwhelmed… it’s a big deal to me !!! I’m meditating more and learning my space is valuable and precious !!!

“I’m learning everyday is a clean slate to try and be a better person and do what makes me happy … yes I choose happiness today. I tell myself every day to let go of the hurt bitterness and try to forgive myself and others to what may have been hurtful.

“I want to be fearless like when I was younger and not be so scared and fearful. I pray there actually is truth to the Holy Spirit and I hope that spirit is with my children as well !!! Yes … I choose happiness and joy today”

As was recently announced, Spears and John are set to release a reimagined version of John’s and Bernie Taupin’s “Tiny Dancer” on Friday (August 26).

After announcing the collaboration earlier this month, John unveiled a short snippet of “Hold Me Closer” on his Tik Tok. In the 14-second clip, Spears’ voice can be heard alongside John’s as the pair sing the lyrics and melody to the 1971 hit.

The music, though, has been updated with a clapping pop beat and some high-octave synths and rhythm guitar. The clip sees the song build to staple dance music drop before abruptly cutting off. Check it out below.

The new collab seems to be in the same vein as John’s 2021 release with Dua Lipa and PNAU, “Cold Heart.” The remix sees an interpolated chorus of his 1972 hit “Rocket Man” as well as a few lesser-known tracks throughout.

The Tik Tok also seems to unveil the cover art for the track, which features side-by-side photos of Spears and John as young children. “Hold Me Closer” marks the pop star’s first release since Glory in 2016, and also her first since ending her controversial conservatorship. 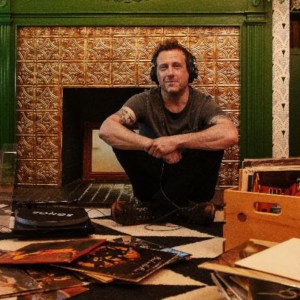