For those looking to enjoy a drink in Cleveland, there’s a new sheriff—er, bartender—in town.

And you might be surprised by who it is: Bruno Mars.

That’s right, one-half of the smooth duo Silk Sonic has taken up bartending recently in Cleveland, Ohio, leaving fans and drinkers stunned. And not just because of his mustache, hat, and aviator sunglasses.

Mars brought his sense of “24-carat Magic” to a watering hole last week (July 13) and the evening, as you might expect, was captured on video, with some calling Mars the “best bartender in Ohio” when he started pouring shots for patrons, taking over bartending responsibilities.

Mars (born Peter Hernandez) took over behind the bar at Rum Runners in The Flats, where he started pouring glasses of his rum brand, SelvaRey. The Instagram account imfromcle was able to capture some footage from the night and shared it. Since, the post has gone viral. And fans can check it out below.

In one of the videos, the 15-time Grammy Award-winner can be seen shouting that he’s the best barkeep in Ohio. Many agreed.

Mars, who is not currently on tour, is, however, set to kick off a nine-date residency at the MGM in Las Vegas on August 3. And his appearance in Cleveland was part of a promotion for his rum line.

Earlier this week, Mars was seen at a few bars in Charlotte, North Carolina, where he hosted private tastings of his new liquor, which is available in white, chocolate, and coconut. The rum is also described on its website as “vacation in a glass” and “the smoothest rum you’ll ever taste.”

Check out social media and video footage of the events in Cleveland below. 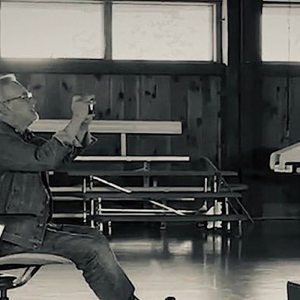