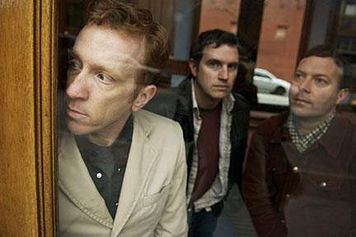 ’90s alt-rock stalwarts Buffalo Tom are set to release their eighth studio album. Out February 8, Skins serves as the launch for the band’s own Scrawny Records. Self-produced in the band’s hometown of Boston, the record follows 2007’s Three Easy Pieces. The album features “Don’t Forget Me,” a collaboration with another Boston icon, Tanya Donnelly (The Breeders, Throwing Muses). Listen to the new track “Arise, Watch” here.

Writer/actor Mike O’Malley, who was the host of the beloved Nickelodeon game show Global Guts during Buffalo Tom’s early 90s heyday, wrote an accompanying essay for Skins. “It has all the things that Buffalo Tom does well,” he says. “Songs about situations and subjects that the average human can relate to – with all the gravity you’d expect from a band that still has something to say. Throughout Skins, Buffalo Tom is unafraid to go deeper than the surface layer, and they spend much of this record bringing forth warnings, laments and admonishments.”

Skins will be distributed through The Orchard on standard CD and vinyl, as well as an additional deluxe edition including demos and B-sides.

Arise, Watch
She’s Not Your Thing
Down
Don’t Forget Me
Guilty Girls
Miss Barren Brooks
Paper Knife
Here I Come
Lost Weekend
The Hawks & The Sparrows
The Big Light
The Kids Just Sleep
Out of The Dark