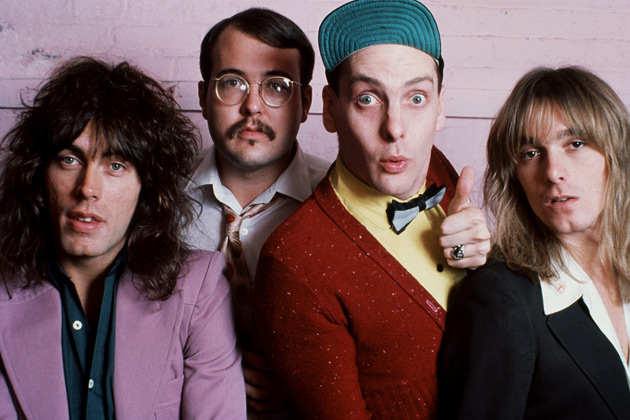 The concept of wild, reckless teenagers rebelling against their dull, joyless parents has served as the impetus for many a great rock and roll song since the inception of the genre. Cheap Trick’s enduring 1978 classic “Surrender” enthralls the young and the young at heart alike by subverting that suspicion. It dares to portray the parents as being just as freaky as the kids. From that commonality, a begrudging understanding arises.

This band has always been confounding expectations like that. For example, one might expect that lead singer Robin Zander is the chief songwriter, since the frontman more often than not handles that job. In actuality, those duties in Cheap Trick are usually handled by the baseball-cap-wearing, five-necked-guitar-playing, face-pulling Rick Nielsen, who, in the case of “Surrender,” built the idea from conversations from his buddies.

“I used to hear my friends saying they thought their parents were strange,” Nielsen told Blender magazine about the song. “The first thing I got was the opening of the chorus: ‘Mommy’s all right, daddy’s all right.’ It just rolled off at one sitting. Those opening lines, ‘Mother told me, yes, she told me I’d meet girls like you.’ That ‘s advice to the lovelorn, and obviously inspired by the old Shirelles hit ‘Mama said that there’d be days like this.’ It ‘s a good way to start a song, if you can make it go with a chord progression.”

As is typical with Cheap Trick, guitars add some serious crunch to the pop catchiness of the melody. Nielsen’s lyrics take their time uncovering Mommy and Daddy’s true nature. At first it seems like they just want to meddle in their son’s life, telling him whom he can or can’t date. No matter how much the parents plead, this kid can’t accept that they know whereof they speak.

Sometimes you need to see something to truly believe it, and the son finally witnesses the true nature of his parents when he accidentally catches them indulging in the sex, drugs, and rock and roll lifestyle with the abandon of those half their age. “But when I woke up/Mom and Dad are rolling on the couch,” Nielsen sings, sounding more than a little impressed. “Rolling numbers, rock and rollin’/Got my Kiss records out.”

Suddenly, it’s obvious why the kid can accept them as “all right” even if they are a “little bit weird.” The refrain says so much with a minimum of verbage: “Surrender, surrender, but don’t give yourself away.” It can refer to the kids who need to accept their parents being a little cooler than they might want to admit, and it can also refer to the parents yielding the cultural reins to their kids while still maintaining their old irreverence. Either way, Cheap Trick tapped into sneakily profound with “Surrender,” a rock anthem for all ages. 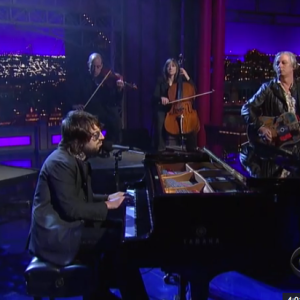 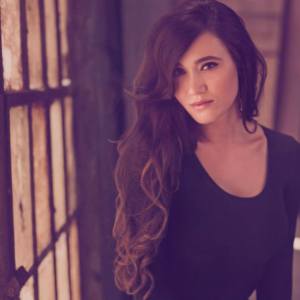