“This is the most intentional album I have made,” says Chris Garneau. “These songs cover a very specific window of time during which I was essentially recovering from decades of trauma.”

On his fifth album, The Kind, Garneau is unearthing deep-seated memories. Reflecting, relishing, and releasing emotional childhood wounds, “Not the Child” delicately pierces The Kind‘s storyline. Backed by Garneau’s angelic vocals and lush instrumentation, “Not the Child” is a moving ode to youth, growing up queer, and maneuvering through the tortuous paths of adulthood.

Ultimately, “Not the Child” is about gaining clarity and control over his life condition. “There is no grey area around my freedom now, as an adult,” says Garneau. “As a child, however, we are not free, necessarily, because children do not always have a voice. As a person who suffered deep trauma as a child, I have always been dedicated to standing up for those who are voiceless. Calling out injustices is and has always been our duty.”

Shot around Garneau’s Upstate New York home, the video unravels his queer childhood all the way up to his current adulthood. Directed by Jeremey Jacob with movement direction by Jack Ferver, Garneau is dancing between various fantastical landscapes, topped in a floral crown, evoking some innocence and pain, through different eras of his life. With Jacob constructing most of the video by hand, Ferver then built on the movement and what would look and feel right around “Not the Child,” says Garneau.

“The video was made with the most exquisite coven,” says Garneau. He adds that styling and wardrobe by Reid Bartelme also gave him the confidence and integrity that he’s never had when shooting videos in the past. “They found my internal and external truth,” he says of the vivid, and shifting ensembles throughout the video, “and really allowed it the space to exist outside of me.”

Additionally, Garneau says Daniel Rampulla’s cinematography captured pieces of him that spanned his entire life. “I felt he revealed pieces of my childhood as well as my current personhood,” says Garneau. “I cried when I saw the final video. I was overwhelmed with how very me it is. The timelessness and energy, references I feel essentially span the past 120 years, truly allow my queerness, my youth, and my present life control to come to full fruition.”

There was no rush with The Kind. Written and recorded between August 2018 and August 2020, Garneau took his time with The Kind, a collection of songs, he says, was patiently gathered over the last two years. If a song wasn’t finished yet, he didn’t begin working on it in the studio.

“It is truly hand made,” says Garneau. “It has specific purpose and my most clear intention. Yours was a rushed, stressful endeavor that resulted in less purposeful and lyrically less cohesive execution. I was not in a very good place creatively when I was writing Yours and that affected the work in the studio.”

Produced by Patrick Higgins, most of The Kind was recorded live. “We never cut any corners, [so] nearly everything is basically produced in its most live form,” says Garneau. “Many of the vocal and piano takes happened simultaneously, much like my first album. Each song was complete, fully written before I entered the studio. There were no last-minute chord change or lyric rewrite, which gave Patrick the ability to truly produce the sonic shape and structure to its and his full potential.”

Everything is representative of Garneau’s story, all the way up to the album’s title, referring to different sentiments, behaviors, and codes.

“The material in the album’s tracks speaks a lot to the ability one has as a free person, especially as a free white person, to accept and take responsibility for our life’s condition,” says Garneau. “The fear of not belonging stops once you figure out how you belong here and what that actually means and that has very little to do with other people.”

Garneau adds, “I’ve always had deep issues with my sense of belonging and I’ve never been the kind of person who was able to speak on surface level or exist in shallow water.”

He says people pleasers are difficult to accept because you can never please everyone. “They end up giving most people too little of themselves and they are left in a rough spot which is never having truly shown up for themselves or the people in their life,” says Garneau. “We cannot distribute little pieces of ourselves out to thousands of people. In all our relationships, we have to keep things protected, boundaries need to be made and kept, trust needs to be built, slowly, and maintained always.”

Reflecting on what it means to be a good person, he says there are many misconceptions with everyone enveloped in their own “persona” or social displays. “I guess that’s why I live remotely and see as few people as possible,” he says “This album is a lot about what kind of person you can and want to be, and what your intention and purpose is while you’re briefly here on this beautiful and insanely violent planet.”

Written after Yours, every song is new to the album and represents a huge change in his life. The first song, “Not the Child” was written during the summer of 2018 during several major life changes. Garneau had just left his partner of eight years, moved from California, and found out that his father was dying, all while his album, Yours, was about to come out. Feeling a full disconnect from Yours, by the winter of 2019, more songs started flowing out for The Kind.

“I started making my strongest work and the songs were coming out one after the other for about six months straight,” says Garneau. “The work was very focused in healing from decades of trauma, looking at the truths underneath my shame and my guilt. My father died. I kept writing and writing. I basically started to grieve my whole life in a way that I never had before.”

He adds, “This really opened me up to write about things that really matter. I was extremely raw. I felt like I was 20 again, but I am almost 40 so that’s cool and weird. Though, the major shift now is that I feel completely in control of my life.” 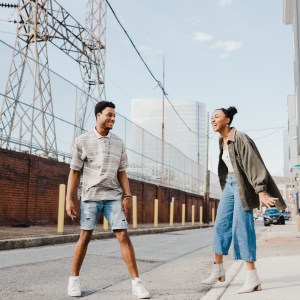 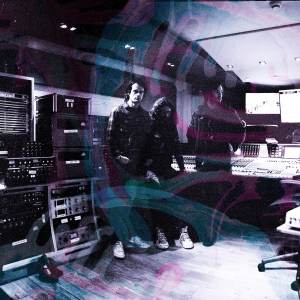