Reminiscing at LAX, a forlorn love in the Arizona desert, and a street-walking palm reader—Chuck Leah’s eleventh album, Band of Ghosts, traverses a musical journey through the inserts of America, moving from California, Tucson, Memphis, and beyond. Amid all its musical “apparitions”—Leah’s blend of real-life and more fictionalized tales—Band of Ghosts also references the Texas artist’s band during the album’s socially-distanced recording sessions in June of 2020, when, under strict studio rules, everyone recorded one by one.

“It all evolved into these musical apparitions,” says Leah. “Through the production process there was a very ghostly feel, and because it was recorded right in the middle of COVID, it references this sort of band that wasn’t actually there.”

Encapsulating Leah’s natural wanderlust—leaving Texas when he was younger and his musical nomadic lives in Italy, Los Angeles, Nashville, Austin, Puerto Rico, Minnesota and back home again—Band of Ghosts is as much a semi-autobiographical reading of Leah’s own journey as it is a rhapsodic soundtrack to an exploratory road trip discovering love, memorable characters, loss, and other impressions of life.

Opening on the violin-seeped orchestration of “Eugenie,” Leah tells an old New Orleans story of the tribulations of a palm reader, a song loosely inspired by the story of a sheriff who had solved the mystery of a prostitute murdered many years earlier, Leah shifts through different love stories in the sultry “I Lost Her in Tucson” through the sentimental blues of “Memphis,” and his ode to “LAX,” getting busted in Toledo, and his fleeting amore, singing I’m such a mess / I’ve got Josie on my mind.

“I find a lot of pleasure in roaming,” says Leah. “It keeps the creative juices flowing. I’ll be somewhere at a diner or something, and I’ll hear a phrase that I’ve never heard before. Sometimes that’ll set the gears rolling.”

Recorded at Connecticut’s Power Station New England, Band of Ghosts was recorded live, mostly to tape, with every part pieced together organically. Working alongside longtime collaborators, producer Evan Bakke, Soul Asylum bassist Jeremy Tappero, country artist Jen Bostic on backing vocals, and other musicians, at Leah’s discretion, none of the musicians could hear the music prior to recording.

“There are no samples, and there’s very little Pro Tools action going on besides controlling the board, so it’s all real instruments, and all live with no rehearsals,” says Leah. “On the first, second, and third takes they never heard the songs and never rehearsed them before. I kind of like a little bit of improv in each song. It keeps it fresh instead of working it to death. I like it loose. I like a bit of grit in the cracks.”

Written following 2015’s High Stakes, Band of Ghosts found the artist immersed in childhood and adult musical roots, tapping back into Ray Charles, Count Basie, The Band, Willie Nelson, and other regional artists who helped him formulate his sound like Dr. John and Doug Sahm.

“It’s the whole New Orleans thing,” he says. “There’s this melting pot in East Texas that kind of spills over into Louisiana. You find a lot of those sounds on both of these last records. I think it’s part of my DNA.”

Leah admits that he initially wrote 70 songs for Band of Ghosts, which was eventually trimmed to 16, then down to the remaining nine tracks that appear on the album. “I felt like nine was the magic number,” he says. “Those felt cohesive on one record, and the other songs I’ll probably use on the next record.”

Band of Ghosts was a deeper process for Leah as he was adjusting to his own creative changes following High Stakes. “I think there was a time when I was growing internally and trying to see what I can come up with that would be a step above ‘High Stakes,’” he says. “It took some time to re-hone all of my elements and try to push myself as a record producer, as a songwriter, and as an artist. The road was about discovery and discovering myself again.”

Writing hasn’t shifted for the artist. For Leah, the music and words must always come at the same time. “I know a lot of people that will write music or lyrics first, then combine them, and I can’t do that,” he says. “I’ll go walking around and get a little melody in my head, and that will float around in my brain for a little bit. Then when it’s ready, it usually comes out pretty fast. The best songs come in 10 to 15 minutes. The ones that I really have to work on are not really worth my time.”

Already working on the next two albums, Leah says there’s no time to waste. Pandemic or not, he sees no end in sight, and jokes that if he keeps writing more songs, he’ll have enough to last him into the age of 90.

“I’m getting up there in age for making records, but I still have something to say,” says Leah. “I think I’m writing as good as I’ve ever written or better. There’s so much bad stuff in the world that it’s nice to hear that there’s still some creative juices flowing amongst all the artists around.” 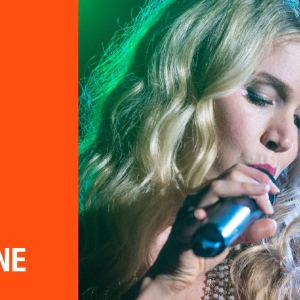 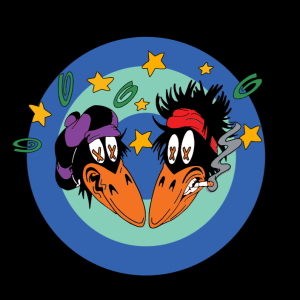