Seattle blues singer Lady A and country group Lady A (formerly known as Lady Antebellum) have agreed to the settlement of a lawsuit over the rights to their shared name.

The two sides filed joint requests for dismissal on Monday (January 31), one day ahead of the first day of Black History Month, according to The Hollywood Reporter. As of yet, details have not been made public—so, it’s unclear if money has been paid to the Seattle singer, who claimed her identity was being erased when Lady Antebellum moved to change its name to Lady A given the historical and racist meaning of the word “Antebellum.”

“Antebellum” is a time period associated with the pre-Civil War when many Americans, especially those in the south, still owned slaves numbering in the hundreds of thousands, if not millions.

Looking ahead, it’s also not clear if both acts will continue to call themselves Lady A.

Lady Antebellum shortened its name in 2020 following the global protests over the murder of George Floyd, a Black man, at the hands of Minneapolis police.

At that time, the band wrote, “We are regretful and embarrassed to say that we did not take into account the associations that weigh down this word referring to the period of history before The Civil War, which includes slavery. We are deeply sorry for the hurt this has caused.”

Seattle’s Lady A, however, whose real name is Anita White, had been using the name for some 30 years. And Lady Antebellum’s band members—Hillary Scott, Charles Kelley, and Dave Haywood didn’t take that into account or reach out to her about sharing monikers.

To make matters worse, the country trio filed a lawsuit against White in July 2020.

American Songwriter spoke with White in 2020 about the controversy. At the time she said, “But I didn’t appreciate the fact that they’ve tried to make it seem like—when they use the word “extort” money from them. I found that offensive. But outside of that, I knew it was going to come to this point. Just because they didn’t want to—they wanted to coexist and that is not something that I wanted to do, from the very beginning. I didn’t see this as coexisting. There was no way for us to coexist because, as you can see, they’ve already wiped me away. They’ve already erased me from social media platforms. When you go to look for my name now, you can’t even find it. All the things are about them. And they did that purposefully.”

You can read the full interview HERE.

In an early statement, White said, “Lady Antebellum has used their wealth and influence to intimidate and bully me into submission without offering any real recompense for appropriating my name. It is now clear that their apologies, friendly texts, and playing on my love of God were just insincere gestures aimed at quieting me. Well, I will not be quiet any longer.”

She filed a counter-suit against the band and released the song, “My Name Is All I Got.”

Neither Lady A has released a public statement regarding the settlement. 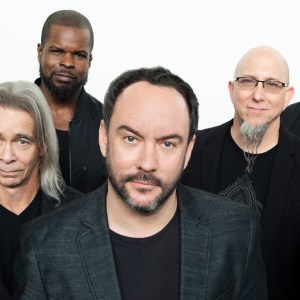