Sometimes breakups leave us sobbing to Rom-Coms with a tub of ice cream, and sometimes they leave us breathing sighs of relief that it’s over. On country artist Julia Cole’s single, she’s brave enough to say what all of us are thinking: “Thank God We Broke Up.”

The rising country artist describes her style as a blend of “authentic country storytelling with a little Houston rhythm and attitude.” Cole brings the attitude on her new single, describing the “thank God” moment when you come to the realization that you escaped a bad relationship.

While the humor and feisty nature of the song are at the forefront, Cole says the song is a reminder to not give into a relationship just because you’re scared. It can be convenient to stay because it’s familiar, but Cole says that sometimes your head knows better than your heart.

“Don’t fall back into a bad relationship just because you’re lonely or scared you won’t find someone else,” she tells American Songwriter.

“You WILL find someone better who is perfect for you,” she adds. “Sometimes your heart is short-sighted, and your head (brain) knows what’s really best for you.”

Cole’s belief in herself started early on and stretches far outside just her romantic relationships. The Houston native started her music career performing the Star-Spangled Banner at her own high-school volleyball games. A sports lover with a big voice, she soon started performing for other sporting events, such as the NFL, NASCAR, and ESPN—sometimes with crowds of over 75,000 people.

Cole wants to make sure that other women feel empowered as she has come to feel. She serves to empower and advocate for women’s athletics, dedicating her music and efforts to multiple self-worth and confidence focused campaigns. Her songwriter series “Now You Know Music Row” helped raise thousands of dollars for the Tennessee Boys&Girls Clubs’ sports programs.

It’s Cole’s self-confidence and authenticity in addition to her talent that led her to be named CMT’s “Next Women of Country”—class of 2022. The list includes a diverse group of 10 women of varying ages, backgrounds and creative proclivities that touch nearly every corner of the country music genre. The new CMT Next Women of Country class will also receive brand support for their music and videos across other CMT platforms, including CMT Music, PlutoTV’s ’CMT Equal Play’ channel, CMT Hot 20 Countdown, CMT.com and CMT’s social channels.

Cole is currently on tour playing shows both in the US and the UK. For more information, click HERE.

Watch the video for Julia Cole’s sassy single “Thank God We Broke Up” below: 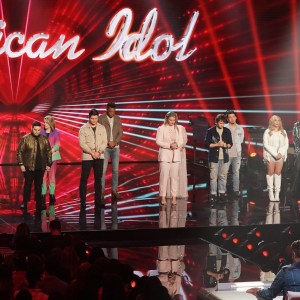