The COVID-19 pandemic has resulted in an unprecedented flurry of change in almost every aspect of modern society… especially the music industry. While this paradigm shift has, so far, been a tragic turn of events for anyone in the business who relies on live events for their livelihood, the unique challenge of something like a pandemic has also allowed for a lot of truly inspiring innovation. Now, over a year after it began, many of the exciting new projects that were born of the quarantine are starting to come out.

“I was just coming out of a very long and difficult relationship when I started writing the lyrics to this song,” Rich told American Songwriter, speaking to the song’s meaning. “The lyrics kind of describe the moment when I realized the bads outweighed the goods and that it was time for me to move on. It was a bittersweet moment because I knew that leaving the relationship would be very, very hard, but I also knew I would end up happier in the long-run.”

After Rich started ruminating on this difficult-yet-hopeful moment of reclaiming his life, he was struck by inspiration and wrote the song’s melody. From there, he took to another thing that’s making waves in the music industry: TikTok. With 5.5 million likes and over 330k followers, Rich has built a following on the platform and has made a habit of sharing ideas to social media. That’s where Maths Time Joy came in.

“I met Rich in a session in Los Angeles,” the producer said. “After that we kept in touch and began working remotely. ‘Change’ started as a short video that Rich posted of him singing the hook acapella. I really liked it, so I downloaded the video, added some chords and production underneath and sent it back to him. From there we went back and forth and built it out into a full song.”

This collaborative, remote work process is indicative of another changing pattern in the post-COVID world: that first time Rich and Maths Time Joy met in Los Angeles was the only time they have met. Since then, their joint-effort has been 100% remote… which is impressive considering how much natural chemistry “Change” has. Ultimately, the song is a testament to the power of music, especially as a way of expressing what words cannot.

“For me, I think it was just about presenting the sentiment of the song in the best way possible,” Maths Time Joy said. “The lyrics in the hook are what caught me when I first heard them and I wanted to portray the feeling of melancholy, but also in a way that was hopeful.”

For his part, Rich also notes that while the song came about because of social media and was recorded between two computers on the opposite sides of the Atlantic, it’s still telling an incredibly human story. “As a closeted teenager, I turned to songwriting as an outlet to express feelings and thoughts that I was too ashamed to tell my friends and family,” he explained. “As an adult, I love how songwriting helps me process and understand particularly emotional moments in my life. I hope listeners feel as empowered as I felt in that moment when they hear ‘Change.’”

Maths Time Joy and Rich’s debut collaborative single, “Change,” dropped on April 23 and is available everywhere. Listen to it below: 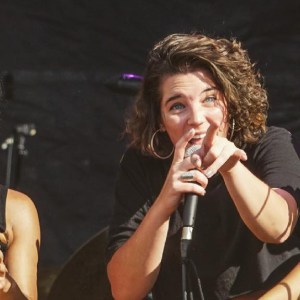 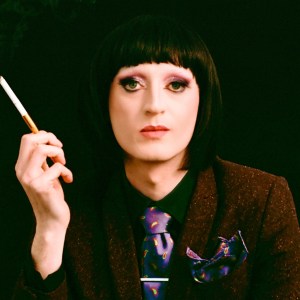