“Songs start from dust and end somewhere else,” Matthew E. White tells American Songwriter. “I chase songs and, sometimes, I find one. I wrote these ones for myself. I want a listener to listen for themselves and take away whatever they need.”

For the Virginia-based singer-songwriter, coming to a place where he could write a new batch of songs for himself has been a journey six years in the making. In 2013, he put out his debut solo record, Big Inner, which became a niche hit. Essentially overwhelmed by the success, he admits now that he “rushed” his follow-up LP. After that, he stepped away from his solo work to find a new level of fulfillment and creativity through working with others, like Natalie Prass, The Mountain Goats, Flo Morrisey, and more.

But now, the 39-year-old virtuoso is back—his third album, K Bay, is due September 10 via Domino. On June 1, he put out the first single from this new era: “Genuine Hesitation,” a driving indie rock exploration of finding contentment with life. On July 19, he followed that up with “Electric,” a musing on working-class existence clad with an arrangement that’s almost like a lo-fi Steely Dan or a modern R. Stevie Moore.

Then, on August 17, White unveiled his latest single: “Nested,” a laid-back indie track complete with rhythmic guitars, a fuzzed-out bass, crisp vocal layering, and splashes of irresistibly cool riffage. Above it all, White delivers an intimate and revealing performance, with some of his favorite lyrics he’s written to date.

“‘Nested’ is one of the most personal songs I’ve written,” White said. “A song about whatever the opposite of coming-of-age is. It was recorded after two intense, transformative days of rehearsal, in one magic take that showcases the distilled, in-the-moment, sledgehammer power of the band.”

Pieces of that recording process were captured on camera by Shawn Brackbill in the vibey, nostalgic music video for “Nested,” which came out alongside the single. Showing off White’s troop of collaborators doing their thing, you really can feel the raw magnetism of the band in action. Conveying the joy of the studio process and speaking to the intimacy of K Bay as a whole, “Nested” and its video are the perfect final peek into the new period of White’s artistry.

Matthew E. White’s new single “Nested” is out now—watch the music video for it below: 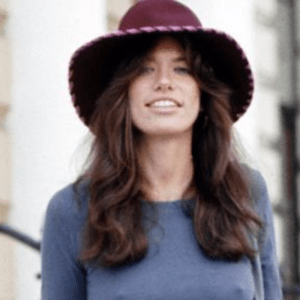