“If you want something bad enough, your stubborn heart won’t let you give up,” Shelby Lee Lowe tells American Songwriter. That’s what Lowe was ruminating on when he stepped into the writer’s room with his producer, Andrew Scott Wills, and longtime friend, Ben “Jonesy” Jones.

“Jonesy had a really cool progression and melody started—then, ‘stubborn heart’ just kind of popped out of my mouth from nowhere,” Lowe said. One thing led to another, and the three men wrote “Stubborn Heart,” the title track from his new record that dropped September 17. “We thought it would be cool to tell the story of trying to overcome adversity while chasing a music career. It’s been my theme song ever since!”

With a classic country vibe—outfitted with twangy guitars, tasteful organ padding, and Lowe’s honey-smooth voice—the tune is a heartfelt message of perseverance. “I want this song to be an anthem for anyone that is fighting to get what they want—for me, that’s trying to make a living playing music,” Lowe explained. “I was inspired by my journey as an artist to this point. I’ve had a ton of highs and lows… I’ve had to leave my family for long periods of time to play shows and pursue my dreams. It’s not always easy, but it sure is rewarding.”

For Lowe, one of the most rewarding aspects of being a songwriter is the actual process of sharing his songs with others. Injecting them with personal anecdotes and moments of shining sincerity, when his tunes get out into the world and become part of someone’s life, that’s when the real magic happens. “When people start reacting to the songs you wrote—appreciate the thoughts you put into a lyric, appreciating its melody—it’s an amazing feeling,” he said.

Coming out alongside Lowe’s new full-length record of the same name, “Stubborn Heart” is indicative of the Tennessee-native’s approach towards his craft. Listing everyone from Hank Williams to Bill Withers to his great uncle as influences on his style, it’s a sound that’s tried, true, and still has a lot to say.

Shelby Lee Lowe’s new album Stubborn Heart is out now—listen to the title track below: 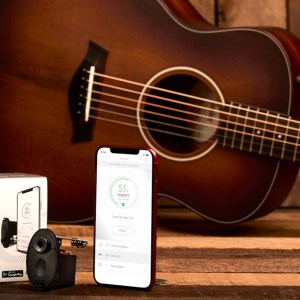