Some fans may have thought the powder keg hit “Total Eclipse of the Heart” was just your typical 1983 big-hair-and-even-bigger-theatrics ballad. Well, turn around, bright eyes. You’re in for a surprise.

The explosive Bonnie Tyler banger was the biggest hit of the singer’s career. Released on her fifth album, Faster Than The Speed of Night, “Total Eclipse of the Heart” was an instant international success, becoming the UK’s fifth best-selling single of 1983 and spending weeks as a chart-topper in the US, South Africa, Australia, New Zealand, and Canada. The song was named one of Billboard‘s Songs of the Year and garnered Tyler a Best Female Pop Vocal Performance nomination at the Grammys.

Upon the many successes, Tyler spoke of the song’s meaning, telling Record Mirror that she thought the song was about “someone who wants to love so badly she’s lying there in complete darkness.”

However, the meaning goes a little deeper—and a little more fantastical—than that. The song was written and produced by Jim Steinman, whose work with operatic rocker Meat Loaf produced music of the same caliber as the Tyler classic. Steinman told Playbill in a 2002 interview that he wrote “Total Eclipse of the Heart” as a vampire love story. He said its original title was “Vampires in Love.”

The interview was about the producer’s choice to include the song in his 1997 musical, Dance of the Vampires. He said of the song “If anyone listens to the lyrics, they’re really like vampire lines. It’s all about the darkness, the power of darkness, and love’s place in the dark…”

Revisit “Total Eclipse of the Heart” and the song’s lyrics below to see if you can spot any signs of vampires in love. 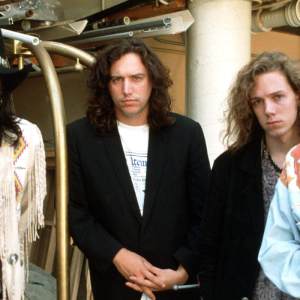