If every person carried an iPod, then Dolly Parton would be on each one of them still. Indeed, in a time when heated arguments start over things as trivial as pizza toppings, Parton is someone we can all enjoy.

How is that possible?

Perhaps it’s Parton’s generous spirit. We know—or, believe very strongly—that she has our back, individually and collectively. Whether she’s winning awards or funding vaccination research and raising money for flood victims, Parton is a Queen who rivals England’s, Queen Elizabeth.

Parton is also (duh) one of People magazine’s People of the Year and, as such, she recently spoke with the outlet about a number of things, from her giving nature to her career at large.

“I keep dreaming myself into a corner!” Parton told People, with a laugh. “But I can’t stop now. I’ve learned you can’t just say, ‘Oh, my dream’s come true and I’m walking out of here.’ No, you’ve got to show you’re grateful and show that you’re not going to just leave it all in the hands of other people.”

She added: “I’m kind of addicted to the feeling of giving. Knowing that I’m doing something good for someone else.”

Parton, though, said she isn’t about the shine that can come with good deeds. Instead, she doesn’t really want the recognition, she explained.

“I have to honestly tell you, I was a little bit skeptical of being put on the cover as one of the People of the Year,” she said. “Because that’s a lot of pressure. But, yeah, it’s like, I am not all that. I’m glad that I stand for enough stuff to where I’m not the worst person in the world.”

The 75-year-old Parton added: “But I don’t want to be worshiped because there’s a scripture in my Bible that talks about idol worship. And I see that happening all the time with movie stars and these celebrities. People literally worship them more than they worship God. And I just—I cringe at it sometimes.”

Parton, who is worth upwards of half a billion dollars, also owns a number of significant businesses, from production companies to Dollywood theme parks. It’s a big responsibility, but one she appreciates head-on.

“I’m a good boss, I think,” Parton told the outlet. “I try to rule with love and compassion. But also, there’s a fine line that says, ‘She’s not a pushover.’ I’m a fair and honest person. I like to be as friendly as I can and love the people that work with me and I like to have them love me.”

She added: “I know that we’re using each other and that when it’s time for them to go on, they can. But I want to be the kind of person, if they need to come talk to me, they can almost like as a friend and then we’ll get to the business. I don’t want anybody to be afraid to come to me.

“Some people I have to kick their ass up one side and down the other because some people will just not listen. And then you do have your creative vampires. You do have your energy vampires and you’ve got some people that just going to eat you up alive.”

For Parton, it’s about getting good work done.

“A creative vampire is someone who takes your ideas and they claim them as their own, they take them and then they scatter them out,” she said. “There’s that old saying, ‘There’s no limit to what can be done if it doesn’t matter who gets the credit,’ and there’s truth in that. But that’s the hardest part if someone takes your idea.”

She added: “I have all kinds of companies, like Dollywood. It was my idea to have Dollywood, to have a theme park, but I knew I didn’t know anything about running it, but I knew I would find people. So I always do that, though, with anything. I hire people. I see what I need and what I want, but I know I can’t do all that myself.” 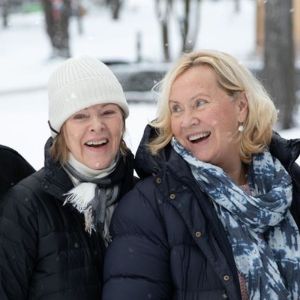 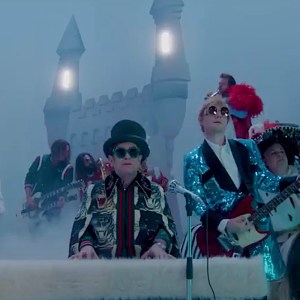