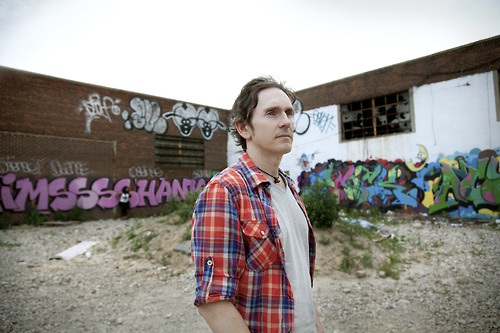 Earlier this year, New York-based singer-songwriter Don Dilego cut a EP live in the studio (Western & Atlantic), included a cover of the Replacements’ “Here Comes A Regular,” and put it out into the world. It was met with universal praise, and earned him comparisons to Gram Parsons and Neil Young. We asked Dilego about working on his craft, underrated songwriters (“Duran Duran”), and what inspires him to write (“my cat staring at me”), and he shared his thoughtful answers.

How does good press affect your psyche as a writer and performer?

I would love to say it does not, but it’d be a bold-faced lie. One of the worst reviews I ever got was also one of the first ones I received ever. It was for a band I was in back in my Boston days. They basically dismissed the music and really didn’t find it worthy of a proper review. I actually doubt the reviewer listened past the first verse, but I was convinced all of Boston read this review (it was in a local music zine) and would be thinking of it when they saw us play. I think it took me a couple years to move past it. I’ve been very fortunate in how my solo records have been received to this point, but I think in the back of my mind I am still bracing myself against this type of review one day. It’s sad that the bad ones affect you more than the good ones.

What’s the secret to getting people to pay attention to your music?

What’s the secret to why we lose socks in the dryer? Unsolvable.

I’ve long stopped trying to work on that angle. It’s really out of my hands on so many levels. Which honestly, feels like a relief. It leaves me to focus on the most important matter, which is great and honest music. Of course, there are 1000’s of artists working quite successfully on their top-selling band logo who would rightfully argue otherwise!

What were the pros and cons of tracking the EP live?

Mostly all pros on this one. I tend to labor over sounds on my records to the point of obsession. I took that out of the equation (mostly), for myself as well as the other musicians. I wanted to play as little as I had to on this album. So I didn’t give the songs to anyone ahead of time and played them right before we recorded them. I dictated very little in the ways of what parts everyone needed to play. Of course, it didn’t hurt that I was blessed with a wildly talented group of musicians who also happened to be friends and people whose aesthetics I trusted very much. Usually they were spot on and we had the song about three or four times through.

What prompted you to include The Replacements cover?

Actually nothing. I am a late comer to the world of Paul Westerberg I hate to say. I was in a bar one night a couple years ago and that song came on … hadn’t heard it in years, and never really listened to it. That particular night it bowled me over and I became obsessed by it. In the studio, we were in between songs and I started strumming it and every one just fell in … and fell in beautifully. One of my personal favorite live recording memories.

Willie Nelson. Whatever props he gets it’s not enough. Jagger-Richards for pure emotion. Jeff Tweedy for his modern re-invention and mixing of the best parts of the past. Johnny Cash because he’s Johnny Cash. Just too many to mention. And my embarrassingly talented friends who toil in song-writing anonymity including but not limited to: Spottiswoode, Erik Olsen, and Daniel Palmer.

Ha! I wrote a Christmas commercial for a local clothing store in the Berkshires where I grew up. Some pretty hardcore white rapping that started off with something lik e…”Ho ho ho, merry Christmas out there, time to go shopping for Christmas wear …”   Oh god.

Started on one I’m calling “Running in Place With a Desperate Heart”. I find that I’m in my Fiona-Apple long-song-title phase.

Total and absolute stream of conscious. I’m completely envious and in awe of the Elvis Costello’s and Bob Dylan’s of the world who are inspired to let a story unfold. I marvel at that. Truth be told, that songwriting style is not my usual cup of tea though. I tend to like more abstract lyrics where I’m left a bit guessing and filling in the blanks. Jeff Tweedy is great at that now. It all probably has to do with my childhood affairs with Mad Libs and “The Reflex” by Duran Duran.

Other great songs. And there’s no shortage. Especially these days!  My cat staring at me.

Obviously you love them all or they shouldn’t be on there. But it’s hard to escape your favorite pets. I fought against a lot of opinions in putting “Midnight Train” first on the album. It’s not your traditional “go to” song. But I think it speaks to so many things about where I am headed musically and lyrically and honestly, I just love to listen to it.

How do I answer this question without sounding vain?? Is this a trick question? But if pressed, it’d be a tie I think. There’s a line in “Television Sun” that goes “So tell me it’s alright if I am faced/With loneliness and courage just the same”…I really like the vulnerability of that one, at least personally. Another is in “Midnight Train”: “The nights are gonna come, with the devil to face, and you’re smilin’.” Like what that evokes for me.

I like the combination of words normally not seen together in a sentence. Like “a terrified shoe” or Tweedy’s “Muzzle of Bees.” Just more interesting and thought provoking because you don’t have context for that string of words.

It’s simultaneously over and under-appreciated. If you do your job correctly, it sounds effortless…and may come across that way!! It’d be easy to say that anyone could write “Wild Thing”… but it’s not true. There are waaaaay too many variables.

This isn’t a tough question or anything! I wouldn’t mind getting my hands on some early Bible verse and collaborating there. Maybe get my two cents in.  I still would love to sit down and write with Willie Nelson. Can only imagine what I could learn from him.

Oh, so many of them. And it’s not just assigned to the anonymous. I think there are a lot of wildly successful pop writers who are under-appreciated in their craft because of their success. The list could go on and on. I find myself oft-defending the virtue of bands like Duran Duran as songwriters, especially their early records. Easy to dismiss, but there’s real originality in there. I think on the opposite side of the spectrum, there is also an endless supply of critical darlings who never get their commercial due. You’re almost punished for thinking too hard during the songwriting process. Tom Petty ALWAYS wins with his “three chords and the truth” approach. But that doesn’t work for everyone. I wish the days of the songwriter teams were still around more. Seems the process is more of a lonely one now, and I’ve always had a difficult time collaborating. But back in the day, the songwriter was a more celebrated profession. Now it feels everyone is in on the game.

What do you consider to be the perfect song, and why?
I’d say it’d never been written. And I say that because it provides me hope to keep pushing myself to achieve it. It’s what every songwriter who cares is aiming for…every time. I’m terribly disappointed in myself when I don’t make it, and since it’s never been done, that’s always! But I’m still trying. That being said, “Crazy” by Willie Nelson is pretty spectacularly close. I mean, lyrically, thematically, phrasing, singing, chording, the short and sweet length of it. I don’t like fluff. There are so so many great songs that have unnecessary or throw-away parts to them. Like the writer knew they had a magical idea and just got lazy with the rest of it. I mean, you can write a great song on one chord…Springsteen’s done it a few times. Leonard Cohen’s “Hallelujah” is pretty jaw-dropping.  I wish I’d written “Happy Birthday.” That’s done pretty well.

Oh…erase all that….there is one. “Amazing Grace” is a perfect song. 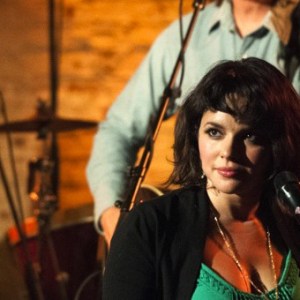 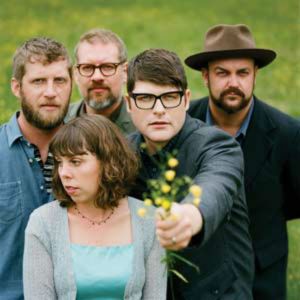