With all that is going on in the world these days, it sure feels like apocalyptic times. And that’s what New York City’s husband and wife duo Drug Couple have on their mind on “2027,” a new single released in advance of their upcoming album Choose Your Own Apocalypse, out August 14.

“2027” shines the light on a couple of ghosts hanging out in New York City seven years after the 2020 apocalypse. It’s a dystopian world that’s only a few years away but, in Drug Couple’s worldview is already here. Oh, but thankfully, “2027” is a catchy, upbeat soundtrack for alt-rockers to dance their way into the impending apocalypse.

“Doesn’t bring me down/ That I can’t be found

Now that I’m not around.”

Drug Couple draw from forward-thinking artists like Velvet Underground, Liz Phair and Dinosaur Jr. in pushing touchy subjects to the forefront. A raw crunchy Billy Duffy/Cult-sounding drop-tuned guitar drives “2027,” with Miles’ vocals providing the desperation and grit, and Becca bringing the soothing calm. It all leads up to an appropriately chaotic barrage of sonic noise to close out the end of the… world… err… song.

We chatted with Miles and Becca, the Brooklyn-based duo about “2027” and their thoughts on where we are heading.

How would you describe your sound?

We wouldn’t. Nothing worse than trying to say with words what you’ve already tried so hard to say with music and songery.

Who are your influences?

2027. Is there any significance to the year?

Unfortunately, it just seemed like a reasonable prediction as to when most of us now living would be dead and our “civilization” reduced to ashes…give or take a generation.

Miles: I had the chorus about not being “around” now that I couldn’t be “found” (my most egregiously leaned upon crutch is writing from a post mortem perspective to make unabashedly lazy rhymes feel more interesting) kicking around for a couple years…then one day I started wondering what all the ghosts would be up to when we’re ALL dead so I asked them personally and this IS what they told me. Believe that.

Becca: This is a really old song so it’s kind of hard to remember, but usually lyrics come to me pretty much in the moment. More recently I’ve actually been trying to slow down and not lock into lyrics right away so that I feel more flexible about changing/rearranging as we figure out each song—that’s what Miles often does and it helps each song feel like an alive work-in-progress…until it’s not anymore. This song was conceptually fleshed out by the time I wrote lyrics, so it was just about putting myself in the shoes of this ghost who was hanging out in NYC after this apocalypse/mass exodus and writing from that perspective. She’s kinda bored and angsty, but also pretty resigned and okay with the whole thing. Like, it sort of sucks that everybody is dead, but at least she doesn’t have to stand in line for shit anymore.

Always music with words that may or may not be lyrics. Lyrics without music is just (shitty) poetry.

6) Was there a lot of back and forth on production and what you were trying to achieve with the song?

No. There is no back, only forwards. As always, we set out to achieve more than we did…but we also achieved more than we deserved to.

7) Regarding the Choose Your Own Apocalypse title: What kind of apocalypse do you want to be part of? What are you bringing with you?

Miles: I think we would honestly rather NOT be part of any apocalypse, as it’s all rather stressful. But also guns, obviously…at least for the slow motion one we all seem to currently be living through and probably any other iterations we’re likely to experience during our lifetime. I’ll have learn how to synthesize insulin at some point if I want to survive long term but, in all likelihood, we’ll probably have to take by force what we need to survive until we can figure it out all the details. So yeah, we’re bringing tons of guns with us. See ya out there.

Becca: Yeah, as doomed as everything feels sometimes, we’d rather avoid an apocalypse altogether. All I know is that if it does come, we’ll be holed up in the remote Vermont countryside, surviving off the land and not missing the crowds too much. 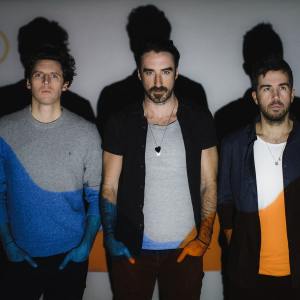 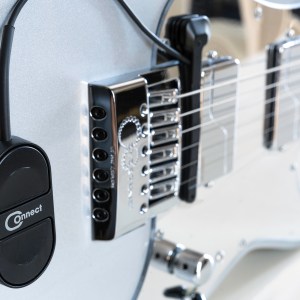