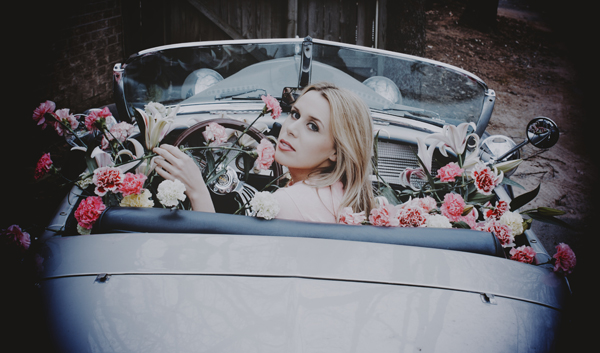 A native of Little Rock, Arkansas, Elise Davis moved to Nashville two and a half years ago to make it happen.  The 25-year-old singer-songwriter has been releasing albums on her own since her late teens and found her big break not as an artist, but as a songwriter.  Last year she won American Songwriter and Martin Guitar’s fist annual competition “The Pub Deal,”  which awarded her a year-long $20,000 publishing contract with HoriPro Entertainment Group.

Since then she’s been hitting the road, hitting the Row and working on her craft and voice.  Her new EP  Life  comes out this May. With standouts such as “Good Year” and “Almost of Woman,” Life showcases a talent that belies her years.

You have an EP coming out in a few weeks, how would you describe it?

I would say that it does a really good job of capturing my songwriting at this time in my life. I put out my first album when I was senior in high school and this EP will be my 7th release. What I love about listening to all my older albums is how they really mark my sound/personality at that time and age. I think this EP does a great job of capturing my feelings about life at 25 and what my songwriting has grown into at this time.

How would you compare it to your previous released material?

This will be the first time for me to release any songs that are co-written. That definitely adds a new texture to some of the songs. I started co-writing for the first time in my life after signing with Horipro last year and at first it was very uncomfortable for me. But, then I had a few magical ones over the past year where I ended up liking the songs so much I wanted to include them on my own release. I still favor writing alone the most but the co-written songs on this EP are very dear to me. Lyrically, complete honesty is something I am always striving for. So one of my favorite things about this EP is that lyrically I really didn’t hold anything back.

More fun in the studio this go round or more challenging?

Definitely the most fun I have ever had in the studio. I always get really excited about recording before I go in to make a new record, then a few days in I am reminded of the stress that is also involved with the fun parts. I have been playing with a lot of talented musicians in Nashville over the past couple years and I decided I wanted them to be the ones involved in this EP. I chose my drummer Evan Hutchings to produce the record and couldn’t have been happier with how he and I worked together. He understood what I wanted and was always enthusiastic and willing to work late to make it right. The guys playing on this record are all my friends and the whole process was really fun with great energy all around.

What’s a song on the EP you’re particularly proud of and why?

“Almost A Woman”. It’s one of those songs that just poured out of me all in one sitting. My most favorite songs I write tend to happen that way. All that song is, is conversational lyrics that are quite literal and quite true word for word. Turning 25 has been an age where I really am starting to notice changes in myself and life in general and that song is reflecting to a time when I felt I was almost a woman in ways that I now feel I am.

Any cool co-writes from the EP that you had fun doing?

I wrote two of the tunes on the EP with a guy named Aaron Espe. Aaron is kind of quiet. The first time I met him I went out to his studio in east Nashville and until that point I really hadn’t been on one co-write I had really enjoyed. I went in his house, we drank some coffee, and talked a little. Then I showed him a random idea I had and our brains just seemed to link up very naturally. We wrote a song I still love and plan to put out at some point called “Coming Around”. The second time we met we wrote “Good Year” which is track two on the EP. The third time we met we wrote “Because You Love Me” which is the fifth track on the EP. There is just an ease I feel writing with him and I know no matter how quirky or odd or “uncommercial” of an idea I bring he will have an open mind and try to see where I am coming from. He gets me as an artist.

Getting out on the road more, are you writing while touring or sticking to the Row co-write?

I think I am kind of always in a constant state of writing. Both on the road and when I am in town going on co-writes. When I am home I usually go on a co-write in the day and write by myself at night. When I am on the road I am often driving for hours alone and talking into the voice memo recorder on my phone as I am thinking about things in my life. I can just be filling up my gas tank in the middle of nowhere and see a couple having an argument, or an old man struggling to walk to his car, or a kid eating ice cream, and I am writing lyrics in my brain. I kind of drive myself crazy a lot of the time, never shut off.

What I have always written about the most are the relationships (or non-relationships) romantically that I partake in. Love, lust, and heartache are just three things that always really feel good to write/sing about. I think I am also at that time in life where marriage and kids start to creep in your mind and I am stuck in this point where I want those things but at the same time I don’t. That alone is something I often write about. Also, I think a lot about the concept of aging, figuring out my feelings involving spirituality, sickness; my mother has has multiple sclerosis for over 20 years and that influences not only my views on life but my songwriting, and also how time goes by really fast. Those are all topics that inspire me to write.

Any records you’ve heard recently that you are like…”Damn, I wish I’d written that!”

I have always been a huge Lucinda Williams fan, for several years now. However, the other day I realized I had never heard her album “World Without Tears”. I bought it and when I heard the song “Those Three Days” I literally thought, DAMN. I wish I’d written that.

Got any songwriting heroes, or heroes in general?

I have a lot of songwriting heroes. My two biggest are Lucinda Williams and John Prine.

That is kind of tough one to answer because all the songwriters I really love seem to have a pretty loyal following. I know there have been times I have listened to some artists and bands and thought, how are they not huge?? But those are usually local bands/songwriters I randomly catch a show of or something. One of my close friends Adam Faucett to me is one of the greatest songwriters I have heard but still not nearly as many people know about him as they should.

In 2013 you became the winner of the 1st Annual “Pub Deal” presented by Martin Guitar, what the experience been like since winning and writing songs for a great publisher like HoriPro?

Honestly, it has been an incredible and life changing experience. I went from waitressing every day to having all this time to focus on writing. I am almost certain I would have never co-written had I not been led to from signing the deal and that means I would never have had the experiences I have had with someone like Aaron Espe. Or lots of other great writers I have enjoyed writing with that I met due to signing the deal. Co-writing has also helped me grow as a writer on my own because it has helped me be more in touch with my strengths and weaknesses as a writer and know myself better. I really can’t begin to put to words how grateful I am for the opportunities the contest has given me and I will always be immensely appreciative.

Any advice for aspiring songwriters and artists. . . since you’re both?

Don’t do it for any reason other than the fact that you love making music and your soul would be incomplete without it. Make music that is real and honest and don’t ever think about what radio wants or what sells. Just think about what feels good and right to you, however be open minded and allow yourself to grow. Don’t ever think you’ve written your best song. Don’t compare yourself to others successes, greater or lesser than yours. Write, write, and write some more. Write through writers block. If you want to be an artist as well, as much as I hate to say it learn how to work your social media, and get out there and bust your ass on the road. You will be broke and lonely, but it is so fulfilling. This is just my advice and my opinion, for whatever its worth. 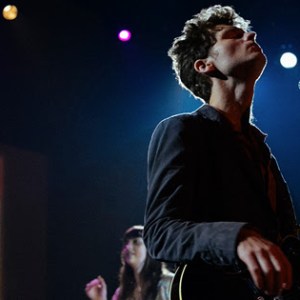