Sir Elton John was visibly shocked and emotional as he was honored with the National Humanities Medal after giving a special performance at the White House on Sept. 23.

The President and First Lady Dr. Jill Biden honored John for his musical and philanthropic contributions and legacy, including founding the Elton John AIDS Foundation in 1992.

John and his husband, David Furnish, were hosted by President Joe Biden and the First Lady as part of the event, “A Night When Hope and History Rhyme,” which was organized in collaboration with The History Channel and A+E Networks and was planned by the Bidens to “celebrate the unifying and healing power of music, commend the life and work of Sir Elton John, and honor the every day history-makers in the audience, including teachers, nurses, frontline workers, mental health advocates, students, LGBTQ+ advocates and more,” according to an official descriptor of the event.

The title of the event, “A Night When Hope and History Rhyme,” was inspired by a line in the Seamus Heaney poem, “The Cure of Troy,” and its last stanza—That means someone is hearing / The outcry and the birth-cry / Of new life at its term / It means once in a lifetime / That justice can rise up / And hope and history rhyme.” President Biden has often said that Heaney is his favorite poet and has used the line “when hope and history rhyme” several times in his career, including his acceptance speech during the Democratic National Convention in 2020.

In Biden’s 2017 memoir, Promise Me, Dad: A Year of Hope, Hardship, and Purpose, the President also revealed that he would listen to John’s music with his sons, Beau and Hunter Biden. He would later sing John’s songs to his late son Beau, who died after a battle with brain cancer in 2015 when he was in the hospital.

This was John’s second invitation to a White House performance. In 1998, John was also invited by then-President Bill Clinton to entertain a State Dinner for then-British Prime Minister Tony Blair.

Right on the White House south lawn, John performed several of his hits including “Tiny Dancer,” “Don’t Let the Sun Go Down on |Me,” “Rocketman,” and more before the President and First Lady surprised him by presenting him with the National Humanities Medal.

“I’m honored to receive the National Humanities Medal from President Biden and the First Lady during such a spectacular event at the White House,” said John in a statement. “It’s been emotional for me to be recognized for the achievements of the Elton John AIDS Foundation. Since I founded the foundation at my kitchen table in Atlanta 30 years ago, I made a commitment not to leave anyone behind and will continue on this mission.”

John Added, “We are striving for a future where people of all races, ethnicities, nationalities, sexual orientations, and gender identities have the opportunity to live free from AIDS, stigma, injustice and maltreatment – and I’m so grateful recognition likes this brings us a step closer to making that a reality.”

Furnish, who serves as chairman of the Elton John AIDS Foundation, added, “It’s on us to make the world a better, more equal place, and Elton is someone who truly walks the walk. He is so deserving of the National Humanities Medal through his constant advocacy for equality throughout his career and through the Elton John AIDS foundation.” 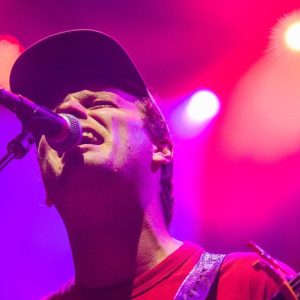 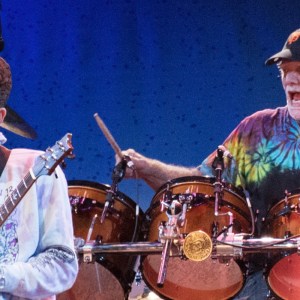