In working on the award-winning film Minari, composer Emile Mosseri devoted himself to recreating the sound of childhood memories. After all, the film, which won the Grand Jury Prize and the Audience Award at Sundance when it premiered in 2020, and tells the story of a South Korean family that settles in rural American in the 1980s, is loosely based on director, Lee Isaac Chung’s own life. “It’s never a perfect playback,” Mosseri tells American Songwriter. “Your memories are going to be different than how they actually occurred, romanticized in some way. But specifically childhood memory. It’s an emotionally-loaded thing.”

Using pianos and strings, Mosseri invokes this feeling throughout Chung’s film. L.A. based Mosseri, who records his own solo work and plays with the band The Dig, met the director at the premiere for a previous film he scored, 2019’s The Last Black Man in San Francisco. “A lot of the same people that worked on that film worked on Minari,” says Mosseri.

Producer Christina Oh introduced him to Chung and the film’s star Stephen Yeun, who plays the father of the young family. Mosseri discovered that he and Chung were neighbors and met for lunch in their neighborhood. “I’d watched his first film, Munyurangabo, which is an amazing, really poetic, beautiful film that he shot in Rwanda,” says Mosseri. “We hit it off, and we started talking about music and his story and his childhood.” Before Chung had even shot any part of his movie, Mosseri read the script, and had an early sense of how Chung wanted it to sound.

It was the first time Mosseri had ever written music for a film at the script stage. Usually, he scores to picture, using a rough cut of the film. “This was sort of reverse engineered in a way, in that I’d written and recorded most of the music that ended up in the film before they shot the film,” says Mosseri. “And then my friend Harry Yoon, who also had worked on The Last Black Man and edited Minari, used my music to sort of assemble the film.”

This meant that in building the film, Yoon had all of Mosseri’s themes and sketches, and he had given him extended scenes for the music to have a little more room to breathe. “It gave room for it to stretch its legs a little bit, rather than having to conform to a 37-second piece of music or a very specific piece of music.” Mosseri did have to still create specific pieces to fit some scenes. “So it was a mixture,” he says. “But most of the writing was done before I’d seen the film, but after I read the script.”

Mosseri also wrote a song in which Han Ye-ri, who plays the mother in the film, sings. “That happened organically,” says Mosseri. “I had written a song in English and sang the song in English. And I sent it to Isaac. The song is written to the melody that is the same melody that opens the film. It’s the very first cue of the film. So the idea was to bookend the film with the same melody, but have it be an instrumental version in the opening and then, during the end credits, have it be a lyrical version—a fully realized version of a song.”

Describing it as a lullaby to the spiritual connection the family has to the land in rural Arkansas, where they settle, Mosseri says Chung told him that Ye-ri had a beautiful voice. “It became this perfect, stars-aligning moment where she played the mother in the film, and the song then became a lullaby from mother to son in a way too. It still had the core theme—ideas of nature, and new life. But when it came out of her mouth, when it came from her voice, it became this very sweet lullaby from mother to son.” Lyricist Stephanie Hong translated the lyrics from English to Korean. “She kept my phrasing and my rhyme scheme and my general themes, but in the translation, she ended up writing a completely new poem, because the language added a new life of its own,” says Mosseri.

It all works to serve Mosseri’s aim of bringing to life the childhood that Chung once knew. “What could be more dreamlike and mystical than the childhood memory?” he says. On this score, it was all about trying to find music that felt like a memory and felt like a dream—an American dream pursued by a hardworking immigrant family.

Photo of Emile by John Marsico 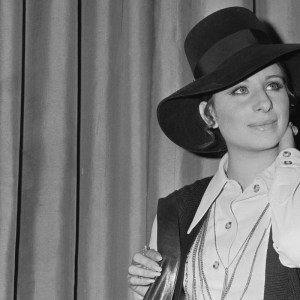 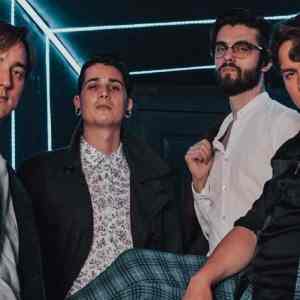