The late Taylor Hawkins will appear in a new documentary titled Let There Be Drums! As Deadline reports, the segment might just be the last chance to hear from the Foo Fighters drummer.

Each of the contributing musicians will help undercover “the essential role drumming plays in great bands and how music passes from generation to generation.” Hawkins, who died earlier this year in Bogota, Columbia, will appear in what is likely his last filmed interview.

In a statement to Deadline, Kreutzmann recalled how receiving a Super-8 camera for Christmas in 1977 gave him the filmmaking bug.

“The idea of doing the movie Let There Be Drums! really came to me as a gift. Literally,” Kreutzmann said. “It started Christmas Day, 1977 when I was given a Super-8 film camera. The first home movies I filmed were of my Dad on stage at Winterland in San Francisco. They were shot from my perspective, sitting right behind him on the drum riser so he could keep an eye on me during the Grateful Dead’s performances. Drums, and the drummers that play them, have been a major component of my entire life.”

The documentary is a production of AOMA Sunshine Films, the same company that produced the acclaimed 2017 Grateful Dead documentary Long Strange Trip. The film will hit theatres on October 28. 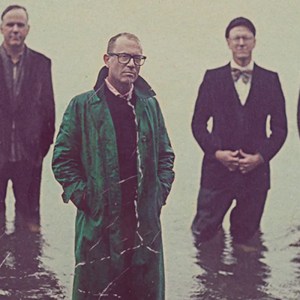