He’s a humble guy, and like other famous songwriters, extremely self-critical. Even when being praised for his decades of great songwriting, he needs to diffuse it a little bit.

“Some of my songs are really good,” he said. “But I have my share of things that maybe I shouldn’t have allowed to be released.” It’s a reflection of how important songs are, to him. That he feels as much pain about the ones he felt fell short, as he does pride over the ones that are so famous they are ingrained into our culture.

But when it comes to those – songs which are modern standards – he doesn’t go for any false humility. Like any songwriter, he knows what is undeniable. And “Proud Mary” is certainly that. Undeniable.

He wrote it more than 50 years ago now. After many years, as he relates, of writing songs. But never one like that. It was the first single from Creedence Clearwater’s second album, Bayou Country, and became a hit.

It was famously recorded again in 1971 by Ike & Tina Turner, who expanded it in many directions. Fogerty had never heard their version, which starts slow and then gets seriously funky, until it was released. He was thrilled by it.

All these years later, the song in either incarnation, or in many live renditions he’s do, is as powerful as ever. It was built to last. Though he’d been writing songs since he was a kid, this was, he said, his first real song, the first one he felt truly mattered. And he was right.

After sharing the origins of it, I asked him how he gets to the place where something like that comes through. It’s one of those questions posed without ever knowing if it will get any answer. Sometimes they don’t. But not Fogerty, who opened up about this most delicate yet dynamic element of this songwriting process with great passion.

JOHN FOGERTY: Sometimes I’ll think about that moment when songwriting truly started for me. It was with “Proud Mary.”

I especially remember writing “Proud Mary” because I had never done it before. I had written songs, but they were always kind of ordinary. I was used to that, starting as about an eight-year old.  I’d go, “Hey! I made a song!” But I’d always know it was not very good.

Time went on and even as a teenager I got a little better but I always knew it didn’t measure up to people like Lennon & McCartney or Leiber & Stoller or Irving Berlin or Harold Arlen. Some of the wonderful songs throughout history. And you realize it, but you’re just a kid! I was learning. Like a young athlete.

Until that wonderful afternoon when “Proud Mary” happened. And I was just blown way. I was in shock, really. I thought, “Oh my God, this is really good! “

What happened played out over a period of several months. I decided to get it together and be professional and get a little more organized. So, I went through that energy of going out and buying a little binder and putting paper in it, and bringing it home and saying, “This is my songbook!”

And my first entry into it was a title. “Proud Mary.” I didn’t know what it was.

Months and months later, being on the bridge of this thing coming out of me, I went back to my book and looking at the first entry and then realizing, that’s it! It’s about a boat!

And that’s when that song came together, and it was my first really good song. I looked at that process as if it was an unseen pathway that I was on. I couldn’t know it. And then so many things fell into place; it became my first big single.

I was really taking aback by it, because I hadn’t done that yet and I not enough time had passed for me even to absorb that yet. And then for quite a little streak there, for several years, I wrote several songs.

I’m saying this with all humility. Please don’t think I’m trying to brag.  It’s such a remarkable way to feel, that this just came out of me. It’s kind of daunting. You’re kind of scared.

You work on the song till you get it right, whatever you have to do. And then you take a big sigh of relief at the end, and exhale. And you think, “Oh my God, this is really good.”

And, of course, you play it for yourself again, and it’s a great moment.

It was such a new thing for me, and it all started with “Proud Mary.”

It’s like you’re an antenna, and your antenna is perfect. But every once in a while, you just dial it in – and this thing was just pouring out of the radio to you. And it just took you a while to receive it, like it already exists. And it’s just waiting for you to collect all of the parts that are already sitting there.

You know, it isn’t easy to get there. It’s a long and a winding road. You have to really, really, really want it. I can’t say it any other way.

It has to be your obsession. I know life takes you over. You’re an adult in the world and you have a lot of responsibilities and you get pulled here and there and all over. But at some point, it has to become your obsession again, and you have to decide that you won’t let anything get in the way of it. You want it, you desire it so much, it’s just the most nagging, angsty thing in your psyche.

Then: you can’t be lazy. Because it’s gonna come knocking on your door and there’s going to be those moments when you are out doing something else, and then something starts scratching on your temple, as it were, and says, “I got this idea for you, John!”

And you have to go wherever you go, sit down with your guitar or whatever it is you need to have to help you, and your notebook, and get really quiet and only think about that.

Because sometimes you do that work and you don’t get there. But then suddenly that veil is lifted, and it comes out of you. And you say, “Oh, is that how this goes?”

And from then you can start to do it as you’re driving, or as you’re walking up a hill one day, because your brain keeps working on the little bit that’s been shown to you.

And until you’ve got that, you don’t know what you’re doing. You’re just floundering around in the shallow water. 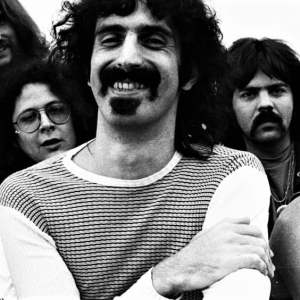 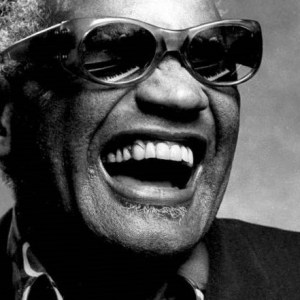