Today, when attention spans seem to be dictated by the shelf-life of the latest TikTok trend, it can be easy to forget what happened last year, let alone 70 years ago. But, as they say, history tends to repeat itself. So, in honor of our roots, let’s embrace our musical history.

Here we’ll take a look at just a few songs from the post-war, baby boom era of the 1950s that you might’ve forgotten. (Kudos to you if you can sing along to all five!) Each song played a role in the careers of its artist, whether that be small or significant, as well as the broader music world. Let’s dig in.

Elvis Presley had many, many standout moments and evolutions over the course of his career. But what helped build that career, what kicked it all off was his eponymous debut album, released in 1956. Interestingly, Presley does not hold a single songwriting credit on the album, but he instead chose to spotlight the songs he grew up hearing in Tupelo, Mississippi, and Memphis, Tennessee. One song on this record, “My Baby Left Me,” is a glimpse of Presley at his earliest, and perhaps most naive. The song itself was written by Arthur Crudup.

The title track for her 1956 album, “Lady Sings the Blues” is a Billie Holiday must-listen. She sings of the blues in such a way that would make anyone a fan of the genre. Additionally, the song title became the title for a 1972 movie about Holiday. Diana Ross portrayed Holiday in the film, which helped get Ross’ acting career off the ground.

Another song released from a self-titled debut, “Three Cigarettes In An Ashtray” was released as the B-side to Patsy Cline’s “A Stranger in My Arms.” The former was not commercially successful upon release, but it was held in high regard by critics and journalists—give it a listen and you’ll see why.

Incoming: It’s a Sinatra jazz standard. “I’m A Fool To Want You” was written by Frank Sinatra, Jack Wolf, and Joel Herron and it quickly became one of Sinatra’s trademark “salon songs.” It’s wildly romantic and full of melancholy, and this style of song is one reason why Sinatra is one of the genre giants still today.

Written by Henry Glover as “I’ll Drown in My Tears,” Charles’s 1956 rendition of the song became his third number one single on the U.S. Billboard R&B chart. Charles also played piano on the track (in addition to his vocals). The success of Charles’ “Drown in My Own Tears” was largely influential on Charles himself, and it encouraged him to recruit a singing group—later known as the Raelettes—for his records. 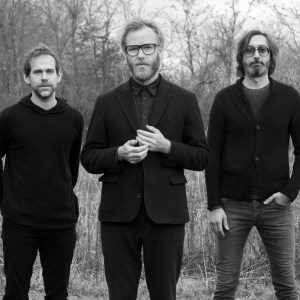