Last night’s Americana Honors and Awards show at the Ryman Auditorium packed the house, as many of the biggest stars of the amorphous genre were on hand to present and receive awards, and take the stage for a song or two — or in Robert Plant’s case, eight. This is Americana’s moment — the genre that feels as old as the earth was designated as it’s own Grammy category this year. Indeed, the Americana Awards could be best described as the Grammys in a Nudie suit. They were also about three times as entertaining.

The show was once again hosted by Nashville singer-songwriter Jim Lauderdale, who proved a loose and affable master of ceremonies. Rosanne Cash, who picked up Album of the Year for her Johnny Cash-inspired album The List, bestowed the Lifetime Achievement Award for Songwriter to John Mellencamp, whose latest studio album, No Better Than This, is his 21st.

Hayes Carll introduced Lucinda Williams, who joined the house band (which included Band of Joy producer Buddy Miller on guitar, Don Was on bass, and journeyman musician Greg Leisz on pedal steel) to sing a song off her upcoming album, a slow and sultry number called “Born To Be Loved.”

Leisz was soon called up to receive the Lifetime Achievement Award for Instrumentalist. “I think the last award I received was my high school battle of the bands,” he noted, saying that that trophy was “what broke up the band.”

The Carolina Chocolate Drops got the first standing ovation of the night, getting jiggy with it on a cover of Blu Cantrell’s R&B banger “Hit ‘Em Up Style,” which they turned into Appalachian dance music, employing beat box, banjo and fiddle.

Plant, who’s presence electrified the evening, took the stage to honor Buddy Miller with the Instrumentalist of the Year award. “We singers, we owe everything to the instrumentalists,” he said. Somewhere, John Paul Jones was sighing. Lifetime Achievement Award for Producer/Engineer recipient Brian Ahern, who had a hand in launching the career of Emmylou Harris and many others, said “if you’re the smartest person in the room, you’re working with the wrong people.”

The Avett Brothers and Grace Potter, looking MTV ready, brought a little polish to the affair. Potter deftly pulled the nominee envelope out from beneath her skirt, prompting a whoop from the crowd, to present the New/Emerging Artist Award to Texas troubadour Hayes Carll, who remembered “the first time I was nominated, five years ago.”

Other highlights: Jack White’s jokey, hilarious introduction for Wanda Jackson, who picked up a Lifetime Achievement Award for Performance. White produced Jackson’s upcoming album, The Party Ain’t Over, and the affection between them was palpable. Jackson noted how the last five years of her career had been the most exciting, having recently been elected into the Rock and Roll Hall of Fame, and recognized by the National Endowment of the Arts. The Americana honor, she said, was icing on the cake.

Rosanne Cash’s acceptance speech for Album of the Year for The List, an album which pulls from a collection of songs her father had given her when she was a teenager, was tinged with tears. “Most of all I want to thank my Dad for making this list for an 18-year-old girl who had a dream to be songwriter,” she said, “and then I made a record that represented being a songwriter by being all covers.”

Ryan Bingham was humbled to receive the Artist Of The Year award, which included nominees like Levon Helm and Patty Griffin. “I don’t know if I really deserve this,” he joked. But co-writing the Crazy Heart theme song, and releasing top-notch albums like this year’s Junky Star are reason enough to contest his assessment.

After the three course meal that was the Award show, it was time for dessert: Robert Plant’s mini-concert, which pulled from songs from his new album, Band Of Joy. “It’s kind of daunting to play after so much talent, so much skill,” he said. “I haven’t done an audition in quite awhile. This is it. Thank god Buddy’s here.” Flanked by Buddy Miller and Patty Griffin, who played guitar, sang harmonies, and grooved like a Go Go girl, Plant tore into songs like Richard Thompson’s “House Of Cards,” Townes Van Zandt’s “Harm’s Swift Way,” and the old folk song “Satan Your Kingdom Must Come Down” with style and grace. The evening ended with all five band members blending their voices with his, for a beautiful “And We Bid You Goodnight.”

* Artist of the Year: Ryan Bingham

* Instrumentalist of the Year: Buddy Miller

* Duo / Group of the Year: The Avett Brothers 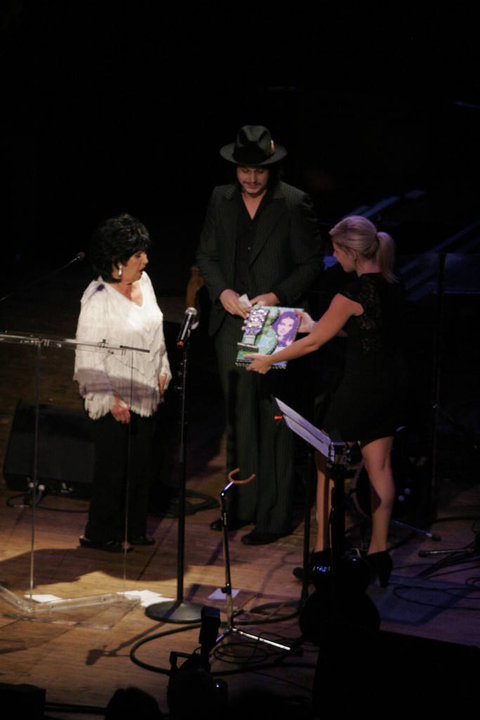 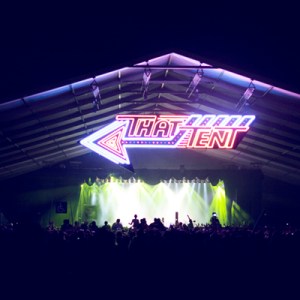 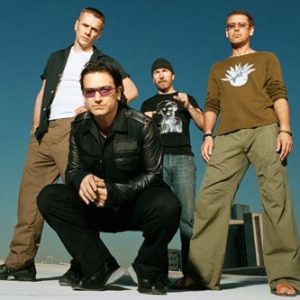