“Vegas is the place where anything goes, and The Colosseum at Caesars is the heart of Vegas,” Brooks said in a statement. “The perfect combination to present a show that will not only push the envelope, it’s gonna shred it.”

Per Billboard, “Garth Brooks/Plus ONE” will be a single-year residency starting in May. The title teases the possibility of special guests across the run – including his wife, Trisha Yearwood – among other surprises.

“Any given song, all 10 band members will be playing and singing, then none of them will be,” Brooks told Billboard. “Then maybe percussion and background vocals for ‘The River.’ Or [I’m] talking about George Strait and ‘Amarillo by Morning’ and all of a sudden [Jimmy] Mattingly shows up with the fiddle and it’s just [me] and him. Any given night can have any given variation of any given song.”

Brooks went on to say that he doesn’t believe he will have new music out before the show’s kick-off, but a custom book/five CD set titled LIVE LIVE is available for pre-order. The set promises more than 50 live recordings from Brooks and will be available before the holidays.

Verified Fan ticket registration for the residency is open now and runs through Thursday, Nov. 17 at 8 a.m. PST. Those who sign up for the presale will receive a code to purchase tickets, beginning on Monday, Nov. 21 at 10 a.m. PST. The tickets will only be sold through Ticketmaster Verified Fan. Citi cardholders are also privy to an advance sale of tickets. Tickets range from $99 to $350 dollars.

Brooks’ last Las Vegas residency was at the Wynn’s Encore Theatre. Brooks completed the five-year run in January 2014. The residency brought the singer out of retirement and back out on the road with a massive three-year North American arena tour. 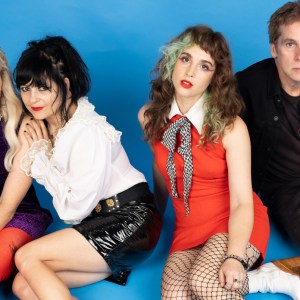