For years the EBow has been a staple of creativity in popular music. From Robert Fripp to Led Zeppelin to REM and countless others, its loping, sustained, singing tones have graced hundreds, if not thousands of recordings. The fact that it didn’t take a virtuoso to use it and make memorable music was just an added plus (though extended techniques were particularly handy). Now AUM Guitars in France (formerly the UK) have created a new device that not only takes the category one step further in-depth but actually removes one hand from the operation.

EBow’s need two hands to play it. One hand to fret the notes and the other to hold the EBow over the strings to sustain the notes. The AUM Guitars Vibraslide needs one.  Correct, you heard that right, one. How is this possible? Well, Gareth at AUM spent years developing a system that relied upon a bar, a tone bar if you will, not unlike what’s used by lap steel or Dobro players, which connects to what seems like a typical guitar pedal device to power it.  You plug into the pedal box, connect the tone bar via a thin cable to the box, then connect the box to your pedalboard just like any other guitar pedal would. The left footswitch engages the Vibraslide and makes it “active”. You will see it light up and vibrate.  Simply hold the Vibraslide over the strings with one hand and slide it up and down the fretboard. Even better, it’s polyphonic. Unlike the EBow you can play more than one string at a time.

The right footswitch flips the phase on the Vibraslide which creates different harmonics such as fifths and octave up rather than octave down and unison pitches. This can be used to very dramatic effect in the middle of a song. Further, the Vibraslide has an effects loop that allows you to put any effect you wish in there and this greatly expands the Vibraslide’s palate. Currently, I’m employing a modulation device and a reverb with an octave-down setting but I have used fuzzes, delays, bit crushers, and a plethora of other effects in the loop. I strongly encourage you to experiment and see what works best for your music.

The SUS knob controls the amount of sustain output by the Vibraslide with the idea that one could possibly want to have shorter phrases I suppose but I keep mine fully clockwise because listen to the sustain. The PRE knob controls the level or gain of the device so you can match the level of your rig to unity or even surpass it if you wish. The Vibraslide runs on 9v power like any typical guitar pedal and doesn’t necessarily need isolated, regulated power to function properly though it is recommended.

The Vibraslide is a very exciting development in guitar accessories and the first in a long line of products trying to improve on the EBow that not only actually works but jolts the category forward two or three steps. I’ve received more comments on my videos employing the Vibraslide than any other device ever. It’s certainly the most evocative instrument I can think of at the moment for creating haunting aural landscapes with seemingly little effort.  The creativity is all up to you. 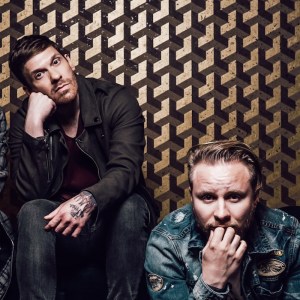