The longtime lineup of Genesis, Phil Collins, Mike Rutherford, and Tony Banks, are returning for the North American leg of their The Last Domino? tour, the band’s first dates in the U.S. and Canada in 14 years.

Kicking off on November 15 at the United Center in Chicago and ending December 15 at the Boston RD Garden, the tour will include the core Genesis lineup, following frontman Peter Gabriel’s departure in 1975, along with Phil’s 20-year-old son Nic Collins, who will take over his father’s drumming duties, and the band’s longtime touring guitarist and bassist Daryl Stuermer.

Originally set to play a number of dates in the United Kingdom in 2020, after the tour was postponed due to the pandemic, the band refocused on its production and rehearsals, sharing a teaser video of their stage set up in January 2021. This marks the first time Genesis have played North America since the band’s Turn It On Again reunion tour in 2007, which also marked the 40th anniversary of when the band formed in Surrey at the Charterhouse School.

The band, whose last album was Calling All Stations in 1997, recently reunited for the 2014 documentary Genesis: Together and Apart. This summer Italian journalist Marion Giametti will release his latest book, Genesis: 1975 to 2021 – The Phil Collins Years, which covers the band following the departure of Gabriel, and follows up the author’s 2019 release Genesis: 1967 to 1975 – The Peter Gabriel Years. Gabriel fronted Genesis from 1967 through 1975 and last performed with the band for a reunion show in England on Oct. 2, 1982.

Unable to stand for long periods of time, the stage is also set for Collins to sit throughout the performance. In 2011, Collins said he was retiring after revealing nerve damage had left him unable to play the drums, he then returned to stage in 2016, following a back operation.

Following the initial announcement of the band’s tour dates in 2020, Collins told BBC News “We all felt, ‘Why not?’ It sounds a bit of a lame reason, but we enjoy each other’s company. We enjoy playing together.” 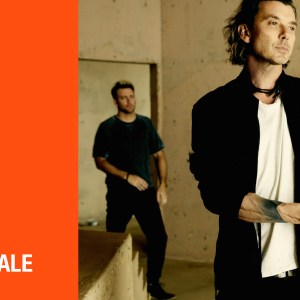