Imagine pitching this song idea in 1968: There’s this guy who works on telephone poles in the middle of Kansas. He’s really devoted to his job. Rain or shine, he’s committed to preventing system overloads. It’s really lonely work, and he misses his girlfriend. Does this sound like a hit to you?

When Jimmy Webb wrote the first lines of “Wichita Lineman”…

I am a lineman for the county and I drive the main road
Searchin’ in the sun for another overload
I hear you singin’ in the wire, I can hear you through the whine
And the Wichita Lineman is still on the line

… not only did he not think he had a surefire hit, he didn’t even think the song was finished. An inauspicious beginning for a song that sold millions of records for Glen Campbell, has been recorded by everyone from Johnny Cash to James Taylor to R.E.M., and appears on several lists of the greatest songs of all time.

In late 1967 Jimmy was just about the hottest songwriter in L.A., based on two consecutive monster hits: The Fifth Dimension’s “Up, Up And Away,” and Glen Campbell’s “By The Time I Get To Phoenix.” “Phoenix” had been on the charts for six months, although Jimmy and Glen still hadn’t met.

“For all we know, ‘Phoenix’ could have been a one-off thing,” Jimmy told me recently. “Glen might never have recorded another song of mine.” They finally met at a jingle session. Soon after that date, the phone rang. It was Glen, calling from the studio. “He said, ‘Can you write me a song about a town?’” Jimmy recalls. “And I said, ‘Well, I don’t know … let me work on it.’ And he said, ‘Well, just something geographical.’

“He and (producer) Al DeLory were obviously looking for a follow-up to ‘Phoenix.’ And I remember writing ‘Wichita Lineman’ that afternoon. That was a song I absolutely wrote for Glen.”

It was the first time he had written a song expressly for another artist. But had he conceived any part of “Wichita” before that call?

“Not really,” Jimmy says. “I mean I had a lot of ‘prairie gothic’ images in my head. And I was writing about the common man, the blue-collar hero who gets caught up in the tides of war, as in ‘Galveston,’ or the guy who’s driving back to Oklahoma because he can’t afford a plane ticket (‘Phoenix’). So it was a character that I worked with in my head. And I had seen a lot of panoramas of highways and guys up on telephone wires … I didn’t want to write another song about a town, but something that would be in the ballpark for him.”

So even though it was written specifically for Glen, he still wanted it to be a ‘character’ song?

“What I was really trying to say was, you can see someone working in construction or working in a field, a migrant worker or a truck driver, and you may think you know what’s going on inside him, but you don’t. You can’t assume that just because someone’s in a menial job that they don’t have dreams … or extraordinary concepts going around in their head, like ‘I need you more than want you; and I want you for all time.’ You can’t assume that a man isn’t a poet. And that’s really what the song is about.”

He wasn’t certain they would go for it. “In fact, I thought they hadn’t gone for it,” he says. “They kept calling me back every couple of hours and asking if it was finished. I really didn’t have the last verse written. And finally I said, ‘Well, I’m gonna send it over, and if you want me to finish it, I’ll finish it.’

“A few weeks later I was talking to Glen, and I said, ‘Well I guess Wichita Lineman didn’t make the cut.’ And Glen said, ‘Oh yeah! We recorded that!’ And I said, ‘Listen, I didn’t really think that song was finished …’ And he said, ‘Well it is now!’”

In a recent interview, Glen said that he and DeLory filled in what might have been a third verse with a guitar solo, one now considered iconic. He still can recall playing it on a DanElectro six-string bass guitar belonging to legendary L.A. bass player and Wrecking Crew member Carol Kaye. It remains Glen’s favorite of all his songs.

“Wichita Lineman” can serve as ‘Exhibit A’ in any demonstration for songwriters of the principle of ‘less is more.’ On paper, it’s just two verses, each one composed of two rhymed couplets. The record is a three-minute wonder: Intro. First Verse. Staccato telegraph-like musical device. Second verse. No chorus. Guitar solo. Repeat last two lines of second verse (“and I need you more than want you …”). Fade. There is no B section, much less a C section.

Why did such an unlikely song become a standard? There are many reasons, but here’s one: the loneliness of that solitary prairie figure is not just present in the lyric, it’s built into the musical structure. Although the song is nominally in the key of F, after the tonic chord is stated in the intro it is never heard again in its pure form, with the root in the bass. The melody travels through a series of haunting changes that are considerably more sophisticated than the Top 40 radio norms of that era. The song never does get “home” again to the tonic – not in either verse, nor in the fade-out. This gorgeous musical setting suggests subliminally what the lyric suggests poetically: the lonely journeyman, who remains suspended atop that telephone pole, against that desolate prairie landscape, yearning for home.

The song’s timelessness continues, as “Wichita Lineman” was inducted into the National Recording Registry of the Library of Congress in March 2020. 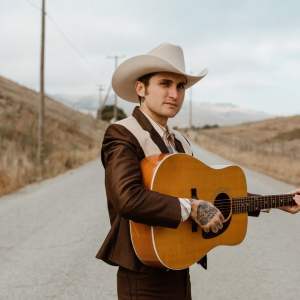 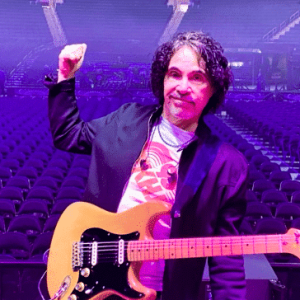