Are you a World Music fan with lots of time on your hands, and a hunger for some new music you haven’t heard yet? Maybe even from a part of the world with music you’ve never explored?

If so, we have good news for you, The Global Jukebox. It’s a remarkable online resource for exploring music, dance, and speech from almost every part of the globe. More than 6000 songs from over 1000 cultures are represented. It’s always available free to the general public and scholars alike, and as one insider put it, “can provide hours – actually years – of engagement.”

It was launched by the Association for Cultural Equity, founded by one of the genuine heroes of American folk music, the legendary folklorist Alan Lomax. Known as “the man who recorded the world,” and celebrated over by the late great Pete Seeger, Lomax was tireless in his devotion to discovering and recording the folk music of different countries around the world. Long before World Music was even known as such, he was busy building this foundation of music and knowledge. The Jukebox is grounded in his phenomenal documentation efforts and decades-long collaborative research. He and his colleagues recognized long ago the need to find answers to the sweeping questions about variations in the expressive arts worldwide.

The Jukebox’s homepage contains the Expressive Culture Tree and World Map which offer multiple ways of exploring the world’s singing and dancing traditions and finding connections among them.

Visitors can take curated “Journeys” which provide a humanistic and more personal way into the jukebox Each tells a story about a particular tradition, a particular style, a particular people and their music, and they bring the visitor to fifty-song long play lists.

Or one can search for their own cultural DNA, and be guided through the steps of finding the music and dance of their orebears, and of building a family tree and personal playlist of expressive culture.

Educators will find a roster of certified lesson plans created by the top educators in world music and dance, cultural equity and social justice. Scholarly and scientific researchers as well as aficionados will be able to analyze the samples in the database individually or using analytical tools like Patterns, or Distribution of Traits.

It also offers large samples of data of high quality and intrinsic interest, support for research using many variables, and shared standards for scientific and scholarly inquiry. Visitors may perform research with our analytic tools, or on their own, or simply explore. They may investigate movement, speaking, and the relationships between them; compare regional traditions; and consider connections between performance traditions and social factors such as indicators for group cohesion and subsistence.

Over a span of some 60 years, Alan Lomax and colleagues recorded and filmed thousands of events of singing, music making, dancing, moving, and speaking in every region of the world. Starting in 1960 Lomax and a team of collaborators then searched these recordings and films for descriptors that would distinguish performances in a comparative, cross-cultural framework and developed coding standards to analyze and compare the examples cross-culturally.
Their goal was to create a relational database that was highly flexible, rich, multifaceted and culturally profound. Alan saw early on that marrying computational power to a global audio/visual sampling would produce profound insights into human culture.

“I’d hoped we could publish the old Jukebox more or less as it was, with a new face,” said Creative Director Anna Lomax Wood, “but as soon as I saw the data spread out in front of me, I knew at the very least it had to be reconfigured, and the cultural geography and nomenclature for peoples completely redone.”

Over the next ten years. Wood, together with Consulting Executive Director Gideon D’Arcangelo brought the new Global Jukebox to life working with a dedicated team of experts in multiple fields. This effort was supported largely by the Rock and Concordia Foundations along with the generous contributors to a Kickstarter campaign in 2011, as well as a private contributions and ACE operating funds.

Twenty years after his death, science and hardware have caught up with Alan’s dream in the form of The Global Jukebox. While the original data files and media examples now reside at the Library of Congress, the Jukebox, however, will make these resources and methods immediately available through powerful interactive tools and data sharing.

Alan believed that the emotions evoked by song and dance touch the very center of existence, the capacity of culture that enables humanity to adapt and innovate. The Jukebox pays tribute to the expressive styles of all peoples within a framework of cultural equity and social justice, and the diversity that is crucial to humankind’s survival as a species.

For more information: The Global Jukebox. 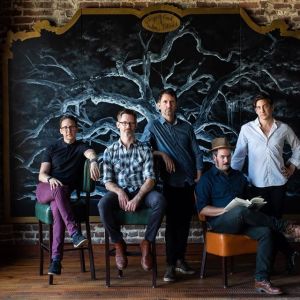 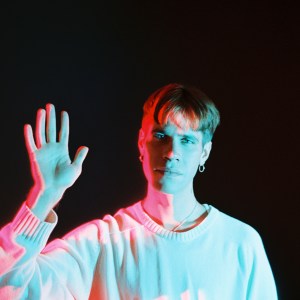