Morgan Taylor, the creator of the award-winning children’s multimedia project Gustafer Yellowgold, passed away on August 11 after a brief, sudden illness, his family and friends report.

A self-taught artist and musician who grew up on comic books and AM/FM radio in Dayton, Ohio, the illustrator/musician conceived a world of colorful animals and alien characters and their adventures, each set to songs that most often recalled the tuneful soft rock of the 1960s and ’70s. His unique vision manifested in a multimedia series for young readers of videos, books, CDs, DVDs, audiobooks, wearable merchandise, and plush toys. Live performances included an off-Broadway theatrical run, concert tours with rock outfits like Wilco and The Polyphonic Spree, and shows for children and parents who often sang along together.

Each of his “moving, musical books”—animated music videos with subtitles for young readers—found joy in the mundane and delighted in the absurd, with Morgan’s unique wit woven throughout. In an era when much of the media created for children was inane, part of a corporate franchise, or both, Morgan served as the illustrator, composer, singer, and featured performer on the entirety of his work, and pursued an original, honest take on wholesome fare with an underlying message of inclusivity and acceptance of others.

“Curiosity, imagination, secrecy, guilt, euphoria, and narcissism each have a place in the musical narrative,” Taylor said of the Gustafer Yellowgold project in a 2014 interview. “Heady stuff, but all wrapped in a fun and humorous musical adventure.”

For the past nine months, Morgan served as the main creative voice for Sooper Books, a British-based digital story and audiobook site for which he penned over 50 original tales. He also spent the last two years writing the music and lyrics for Peabody, a STEM-based musical receiving its world premiere in Chicago this October that will debut over a dozen new songs.

The distinctive personality of Morgan’s work reflected its creator. Morgan enjoyed devoted friends, enthusiasts, and collaborators from around the world, many of whom acknowledged his gentle sweetness, generosity of spirit, intuitive compassion, and quirky sense of humor.

Nine-time Grammy-award winner Norah Jones said of Morgan, that he “sent a smile and a ray of light through everything he did, as the sound engineer at the Living Room on Stanton and Allen where we first met, through his songwriting, and through the fantastic world he created with Gustafer Yellowgold. He will be missed by so many people touched through friendship, art, and imagination.”

“He brought us the brilliant, imaginative world of Gustafer Yellowgold through music, story, and images. His life and work was truly inspiring,” said songwriter Lisa Loeb.

“He was such a light. A stalwart beam that shone prolifically and effusively,” said bassist John Munson of Trip Shakespeare and Semisonic. “He made the realities of growing up less scary for all of us, parents and children alike.”

“Through his lyrics, his stories, his tunes, or simply his presence, he inevitably made you feel better. A mischievous, whimsical, gentle soul with an unbounded, unceasing imagination,” said writer and collaborator Glen Berger.

“Morgan was one of the most original makers of art, and the most universally beloved individual I have ever known,” said songwriter David Poe.

“He was an absolutely beautiful, creative, hilarious champion of joy,” said Todd McHatton, one of Taylor’s colleagues on the family music circuit.

“We loved Morgan as our own family and looked forward to jamming with him,” said Danny Carey of Tool. “Morgan was an unbelievable musician.”

“Morgan was really, in his own way, a magician,” said Wilco’s Patrick Sansone, who produced one of the Gustafer projects. “He had the ability to weave his brilliant pop craftsmanship, his mischievous sense of humor and wide-eyed sense of childhood wonder, and his profound empathy and humanism into a delightful and meaningful spell.”

Morgan’s musical career began in high school and flourished when he moved in 1999 to New York City, where he served as the sound engineer at the acoustic performance venue The Living Room. There, he formed the band, Morgan Taylor’s Rock Group, and wrote many of the songs that would become Gustafer Yellowgold’s Wide, Wild World, the first of 12 releases in 2005.

New York was also where he met singer/songwriter Rachel Loshak, in 2000. They married in 2004, founded Apple Eye Productions to produce the Gustafer series, and eventually relocated to upstate New York with their two sons, Harvey (14) and Ridley (11).

In recent years, Morgan pursued a range of other passion projects, including a comprehensive podcast on Trip Shakespeare, an alternative band amongst his formative influences, which also included KISS and The Beatles. He was the host of the beloved radio show RadioCake on Radio Kingston WKNY for the last four years, spinning a waggish mix of family-friendly tunes.

He is survived by his wife, Rachel Loshak-Taylor, their sons Harvey and Ridley, his mother Elizabeth and sister Ann of Dayton, Ohio, and brother, Grant, of Los Angeles.

Morgan Taylor Go Fund Me to support this family. 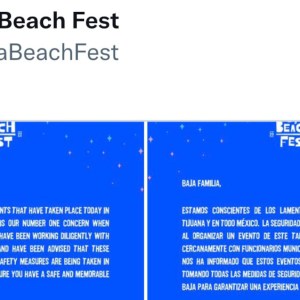