While there is certainly no shortage of holiday movies to play around the holidays, there may be fewer musical holiday films to put on than you might think.

Yes, there are standard Christmas movies like It’s A Wonderful Life and A Christmas Story, but what about those films that showcase songs?

Thankfully, you’re in luck! Here at American Songwriter, we’ve compiled a list of the best musical holiday films for you to binge.

1. The Nightmare Before Christmas

The genius hybrid of a Halloween film and a Christmas movie, this animated offering with characters created by Tim Burton and music by Danny Elfman has only grown in legacy over the years. As the movie’s protagonist Jack Skellington discovers the world of Christmas, he sings, What’s this? What’s THIS!? and snowy wonderlands unfold in front of his eyes. But watch out Santa! Jack is going to kidnap you and bring you to the world of Halloween!

The heartfelt rendition of the classic Charles Dickens story has become a regular watch for families all over. It features original songs by Paul Williams, a longtime Muppets collaborator, and the film stars legendary actor Michael Caine. Kermit sings, heads of lettuce sing, the Spirit of Christmas Present sings, so do Jacob and Bob (get it?) Marley. It’s one of the best Christmas movies ever.

3. John Denver and the Muppets: A Christmas Together

Where can you find one of the world’s best songwriters sing songs with the world’s best collection of puppets? Thanks for asking. You can find John Denver with the Muppets in A Christmas Together from 1979. It’s almost like a trippy dream. See the whole special below.

If one thing is clear when looking at this list, Jim Henson knows how to make a Christmas special. Whether talking about pairing John Denver with the Muppets or bringing to life the classic children’s book, Emmet Otter’s Jug Band Christmas, Henson and his legion of colleagues know what they’re doing. In this case, the television special was so warm-hearted it earned a cult following in later years. Watch young Emmet try to win money at a talent show for his Ma’s piano. And watch Ma try to win enough for a new guitar for Emmet in the same talent show. Hosted by Kermit, this is pure joy.

5. All I Want For Christmas Is You

Based on the song by Mariah Carey that is ubiquitous this time of year, this animated holiday special features Carey as the main voice actor. While the movie is maybe not the work of art Emmet Otter’s Jug Band Christmas is, it’s a great, cozy cartoon to have on for the kids or for background music as you cook up a feast.

Another cozy offering, Parton, who often shares the Queen of Christmas crown with Carey, released her latest holiday movie this year, Dolly Parton’s Mountain Magic Christmas. The movie is meta—it’s about making a holiday movie. But while the plot isn’t a brain-teaser, it’s warm and comforting and the movie features big-name guests like Jimmy Fallon, Billy Ray Cyrus, Miley Cyrus, and more.

The original when it comes to pairing Christmas music and acting prowess, The Nutcracker is one of the best holiday albums and a lush work to watch on stage or on the big or silver screen. Sugarplum Fairies, Mouse Kings—what’s not to love? See a 1993 rendition below, starring Macaulay Culkin.

When humans get lost in a world of toys. This animated feature from 1997 is based on the 1903 operetta of the same name by Victor Herbert. There have been many renditions in between, including one starring Drew Barrymore and Keanu Reeves. Check out the musical animated version below, which features Humpty Dumpty as a train conductor.

A made-for-television offering, this just-under-an-hour special features big names, from Charro and Grace Jones to The Del Rubio Triplets, k.d. lang, Dinah Shore, and Little Richard. There are songs galore on this quirky favorite. And along with the big musical numbers, guest stars also include Oprah, Magic Johnson, Joan Rivers, Laurence Fishburne, and Whoopi Goldberg.

10. How The Grinch Stole Christmas

The Dr. Seuss storybook about a green Grinch nastily stealing a town’s Christmas presents and decorations comes to life. This 1966 animated movie is as charming as anything on television during the holidays. The theme song, “You’re a Mean One, Mr. Grinch,” is a common track on Christmas radio during the season. It’s also sung by the voice actor who provided sound to Kellog’s Tony the Tiger (fun fact). 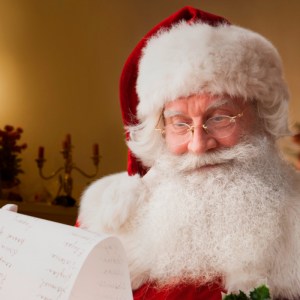 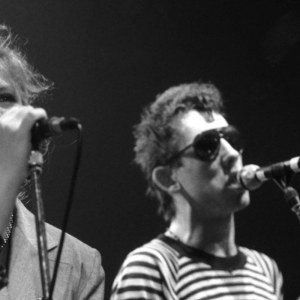