As an artist who must constantly fill the shoes of her father’s legacy, Ashely Campbell, daughter of Glen Campbell, the country music legend, steps up to the challenge.

In her new single, “If I Wasn’t” Campbell teams up with multi-Grammy Award-winning artist, Vince Gill, to deliver a whimsical and melancholic track with nods to classic country, hints of folk and plenty of soul.

“This song is about a moment of deep feeling. I was exploring the idea that it’s OK to just feel something and not have any clear resolution. It’s frustrating but real. Most real things are,” Campbell explains.

While the song exudes the slow drawl of a long and hot summer day, Campbell admits that this song alongside her sophomore album Something Lovely was put together in a blurry and rewarding frenzy.

“We had ten days to track the whole album because my producer, Kai Welch was on a tight schedule being a part of Kacey Musgraves’ band. We recorded drums (Jamie Dick) and bass (Adam Chaffins) live in the same room while Kai played electric from the control room. The ceiling was so low we had to remove a tile so the bass could stand upright. I love the vibe we created.”

Even on such a tight schedule, Campbell’s strength shines through.

Drawing influence from artists like Roger Miller and songwriters like Jimmy Webb, as an artist, she has been able to cultivate the unique ability to blend contemporary sounds with a classic feel, and “If I Wasn’t” is no different.

“I watched the Roy Orbison “Black & White Night Live” the night before I wrote this with my friends Chris Roberts and Jabe Beyer. I was so inspired by Roy and I wanted to write something Roy might’ve sung. I love that kind of inspiration that comes from something old and becomes something new,” she says.

For Campbell, this song transports her to a “dreamy place state of being” and hopes listeners will find themselves “in a similar place of reverie” as they play and replay this wistful tune.

Listen to “If I Wasn’t” upon release September 18 and check out Campbell’s upcoming album Something Lovely when it comes out October 9. 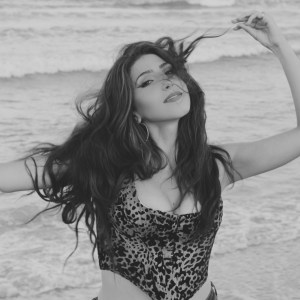 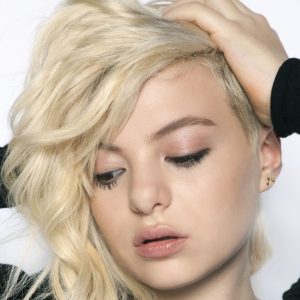