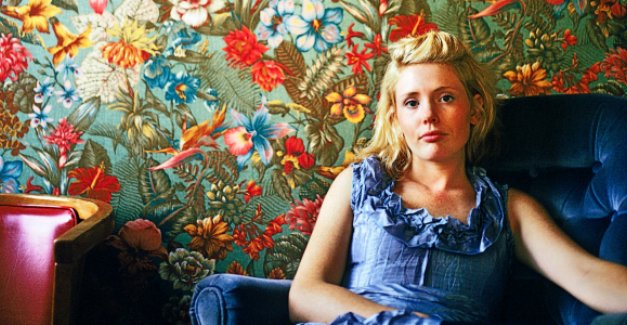 Haley Bonar‘s fans are pretty passionate about her music. For her new album, Golder, she was able to raise over ten thousand dollars via Kickstarter. One of the standout tracks is “Raggedy Man” – get a free download of the MP3 and stream the album here.

“It’s my version of TLC’s ‘No Scrubs,’ but wearing cowboy boots,” the indie-folk artist tells American Songwriter. “The title came from Cormac McCarthy’s story Blood Meridian, which I didn’t like reading because it was too violent.”

It’s kind of like a Buddy Holly song in a way,” she continues, “really to the point so it doesn’t feel short. It’s a ‘New Oldie,’ so to say.”

Bonar came up with the song a few years back, in her hotel room in Vancouver. “It took ten minutes to write.” For the recording, she “tried about four or five different versions, changing tempos, style, and finally did a demo version that I liked, ad libbing my own drums in. And then working with the band in the studio made it really easy. The version on the album was the second or third take, all of us playing together live in the same room. The vocals are live.”