“Eventually, it got to a certain point where we were like, ‘How the hell do we be creative?’” Matthew Ramsey tells American Songwriter.

That moment came last year as the initial daze of the world going into quarantine faded into a lingering sense of uncertainty. For most musicians, it was a surreal and difficult time—for Ramsey’s band, Old Dominion, it certainly presented some new challenges, the chief of which was their inability to get together and write.

First hitting the scene in 2015 with their infectious pop-meets-rock-meets-country sound, Old Dominion—consisting of Ramsey, Brad Tursi, Trevor Rosen, Whit Sellers, and Geoff Sprung—had become a well-oiled machine when it came to making their signature magic happen… but separated by the global circumstance, they found themselves having to wrestle with that opening question: how do you stay creative?

“Brad and Trevor found success writing on Zoom at first—I found myself writing alone a lot, which I hadn’t done in years,” Ramsey says. While it wasn’t ideal, these abridged approaches to writing songs kept the band’s wits stimulated.

“It was definitely a way to exercise the muscle,” Rosen says. “I found myself sitting down at the piano or with a guitar, just recording little riffs, parts, and ideas like that. I did Zoom initially, like Brad, but eventually ended up like Matt where I was like ‘This really isn’t working for me.’ It just felt so hard to be musical with other people.”

It was when they hit that wall that the band realized something: “It made us appreciate just how great actually being in the room working together is,” Rosen explains.

Ruminating on that realization and settling into the quarantine groove, the band began to see things in a new light. “We thought that this was actually the perfect opportunity to do something we’ve always wanted to do: just go into the studio and create on our own time,” Ramsey says. “Before, we were touring so heavily that we always felt a bit rushed when it came to recording. We’d be writing throughout the year, but then we’d have to cherry-pick the songs and try to bang them out as quickly as we could on our off-days before we had to get back out on the road. When the pandemic really settled in, we saw our chance—we ended up going to Asheville to escape any distractions.”

Having kept their skills sharp with remote writing, once they finally got back to collaborating in person, the results were electrifying. “We ended up writing every song for the album there in Asheville,” Ramsey continues. “We weren’t even planning on making an ‘album,’ we were just trying to write songs together as a band in the studio, thinking that maybe we’d get a handful. But, ultimately, we wrote an entire album of material.”

And now, that record is set to finally drop—on October 8, the band will be unveiling Time, Tequila, & Therapy, their fourth studio album.

“It’s like what I was saying: once we got out of town and all got back together, there was this sense of pure joy,” Rosen says. “It was such a burst of creative energy. The inspiration kept coming, so we just kept letting it come.”

With songs like the irresistibly uplifting single “I Was On A Boat That Day” and the soulful duet “Lonely Side of Town” (which features a flawless performance from living legend, Gladys Knight), Time, Tequila & Therapy is one of those special albums that really has a whole vibe unto itself. Listening to it from end to end, you genuinely feel as if you were there with the band, relaxing, talking about life, and having a good time under the Asheville mountain-scapes. “It was really natural,” Tursi says. “We would grab a couple of guitars, sit around on the couch and throw out ideas.”

With that method, the band started chugging out tunes left and right, aided by their friends and collaborators. “We’d usually start at around 10 in the morning,” Ramsey explains. “We’d hang out, laugh, and play around. Then, we’d usually have the tune almost written by two or three in the afternoon, after which we’d go into the studio and start bringing it to life. The last element would be recording the lead vocal, which I’d usually do the next morning. All in all, we were pretty much making a whole song in one day.”

Looking back, the band felt a bit of vindication—getting into the studio and being able to create without any pressure did merit some of their finest work to date. “It made for an eclectic collection of songs,” Ramsey says. “Sometimes when you’re making an album, you’re like ‘Oh, we’re missing this type of song’ or ‘We need to write something like this.’ But that wasn’t the case with this album—we were just showing up and writing whatever we felt like writing that day. Sometimes it would be a weird poppy thing, other times it would have a Motown feel or a super country feel. We just followed it.”

Part of the recipe for success was the collaborators who helped bring Time, Tequila & Therapy to life, like Shane McAnally and Josh Osborne. Even the first single, “I Was On A Boat That Day,” was the result of these minds coming together and doing what they do best.

“That was actually a title that we had written down around eight years ago—we always kicked around the idea, but we never really did anything with it,” Tursi said. “But this time, Shane actually pushed us to write it, so we actually tried. His opinion always carries so much weight—he’s not afraid to tell you how he really feels. He’ll say ‘You should never play that again’ or ‘That was really good!’ That can really help things come together in the studio.”

And “I Was On A Boat That Day” isn’t just a song that was well-written… it was well-recorded too, in a way that served to augment the tune’s feel-good message. “The recording process was so much fun,” Ramsey said. “It’s the only song I think we’ve ever done where there’s no electric instruments—it’s all acoustic. We wanted it to sound kinda drunk, so we had a little party in the control room. We all passed around tequila shots, got loose, then went in and had a good time, just smiling and laughing as we recorded. I think that’s why it translates so well to radio: it’s pure joy and fun. I think people needed to hear that, needed to have something that can just make them smile or dance.”

That last bit about sharing some light in the midst of some global darkness might be the most important element of this whole experience for Old Dominion. Finally getting to share this heartfelt collection of tunes after a difficult year, they’re overjoyed to start this new chapter.

“It feels so good to finally be getting it out,” Ramsey said. “It’s been over a year since we finished it—that’s how long it’s taken. For so long, we were like ‘Man, we just want to get this out!’ But, funnily, now that the date is here, you suddenly go ‘Oh boy, here we go!’ So, there are always some good nerves involved. But sharing this now feels like a breath of fresh air. We can’t wait for people to hear what we’ve put together.”

Old Dominion’s new album Time, Tequila & Therapy is out on October 8—watch the lyric video for the song “Hawaii” below: 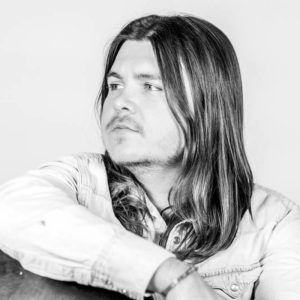