The founding members of the indie rock band, The Moldy Peaches, met at an open mic for middle schoolers in Westchester County, New York. Later, they formed a friendship and creative partnership in a record store in that same small town when Kimya Dawson was around 20 years old and Adam Green was about 13.

Despite their age difference, the two became pals. Dawson was used to being around kids as a summer camp counselor. Her mother was an elementary school teacher and her parents ran a daycare center in their home. Consequently, there were seemingly always children running around the house, even when Dawson was writing and recording her bedroom songs. In fact, some of her early solo work included kids humming along. Not to mention, she’s got a childlike spirit as prominent as any other feature.

For Green, he was in awe. Dawson, who had grown up locally, went to college on the other side of the country in Olympia, Washington, before moving back to New York State. She knew people he’d only read about in books, like Riot Grrrl Kathleen Hanna. But when they began plucking and plunking out little songs together in the record store, that’s when the real creative magic between the two friends commenced.

Now, fans of the acclaimed indie band can hear those early songs with the release of their new collection The Moldy Peaches – Origin Story: 1994-1999, which is out on February 25.

“Me and my friend saw a poster for this open mic happening,” says Dawson. “My friend and I were, like, both home from college for a few weeks, or something, and I was like, ‘Oh, open mic night! We both write poetry, we should go to the open mic night!’ It was at this community arts center. But when we went into the room it was literally all middle school kids. We were just like, ‘What is happening? Do we leave, do we stay?’”

Dawson and her friend decided to stay. She remembers performing a stand-up routine about thanking her mom for telling her to check her poop for corn. At the time, it was Green’s friends who’d put on the open mic event and he was playing his songs. He couldn’t help but notice Dawson and remember her. Later, Green got a job working at Pizza Pizzaz, which was next door to the record store where Dawson worked. He went into the shop one day on his lunch break. It was Dawson, from behind the counter, who then asked if he was the one at the open mic. The two connected the dots.

“With some kids,” says Dawson, who is a mother, herself, today, “my connection was supporting their Pokémon obsession, or helping them with visual art or I’d drive them to little league games. With Adam, it was music.”

Green says that Dawson was something of a babysitter, but one who introduced him to shows, new bands. She was a chaperone, of sorts. She took him to see Sam Jayne play at the lesbian club, Meow Mix; to see The Makeup and Dub Narcotic Sound System at Irving Plaza; and to see the band Unwound. She told him stories about living in Olympia. At one point she gave him the personal home phone number for K Records founder, Calvin Johnson, which Green dialed up one day and talked to the label owner. It was the sparks of an exciting time that would lead the two as The Moldy Peaches, which began in earnest in 1994, to land on big movie soundtracks, tour with groups like The Strokes, and become popular amongst people who loved the music that touched their odd little souls.

“We would write songs that were, in a way, a commentary about living in a tiny town,” Green says.

“We bounced off each other really naturally,” Dawson says. “Like a mind-meld.”

For the two, the age difference never occurred to them to be weird. In fact, it was likely the crucial element to their success, maintaining a connection to things that would put smiles on kids’ faces. Together, their music would go on to delight adults all over the world, lighting up something inside each of them and tapping into their inner-child sensibilities, too.

But what of those early ditties? The tunes Dawson and Green wrote before they made their first record, which later became well known. Before their songs were made famous as part of the soundtrack to the 2007 movie, Juno, and sung by actors Michael Cera and Elliot Page. The answer to that question is the pair’s upcoming release.

“We wanted to show people,” Green says, “that this is what it’s like to start a band before you have any formed ideas.”

“Some of it,” Dawson says, “is the stuff that Adam brought to the record store. Like, ‘Hey you want to hear these songs I recorded on my tape recorder?’”

Dawson remembers being encouraging to Green, even if some of the songs, good as they were, sounded like something a kid would write. But knowing exactly how to talk to kids, which is a skill unto itself, Dawson supported his interest in music.

She remembers that her own entry into music came from listening to her parents’ diverse taste in artists. She remembers sitting in her bedroom as a kid, looking at 8-track cassettes. She responded to work from Sesame Street to Buffy Sainte-Marie. As she got older, Dawson listened to protest music from the ’60s. She became more involved in community service and activism. She played violin, flute, and guitar but really considered herself a lyricist. And Green, who played tuba in school, liked the Grateful Dead and the founders of the grunge movement in the Northwest.

“The record that we’re putting out,” Green says, “is the earliest songs that me and Kimya did. These songs are the ones me and Kimya wrote the first year that we started playing together. I was 13 or 14 and you can hear how I’m trying to write a wannabe Nirvana song or a wannabe Beck song, which is kind of cute.”

The new album is 21 tracks of grainy, staticky, lovely music, from live takes to bedroom demo recordings. From the opener, “Wake Up,” to “Little Bunny Foo Foo,” to “I Wish I Was Ben Lee,” the songs are without pretense. They’re as much struggling to exist as they are evidence of something great.

It’s an interesting thing to see them, the work of a new band through the lens of it now as a validated one. But for Dawson and Green, fame was never part of the plan. What they both appreciate is the feedback from folks who say their work has helped them. That’s the therapy, Dawson says. And when they play live, that’s the actualization of the therapy’s work. For some of the songs on the new album, Green even had to go to an old storage facility and dig up the demos.

“It just struck me,” Green says. “Holy shit, this is some ancient shit! It sounds like it was recorded on a fucking rubber band. The world has changed so much since we made these songs.”

Looking to the future, the two say they are open to making more work together, even recording or touring. As their careers turned out, the two never really wrote or released music as The Moldy Peaches after they became well known. (However, Green has released 10 solo albums and Dawson has released seven solo albums and multiple fantastic collaboration albums.) Though nothing is set in stone at this time, of course. Dawson, who will turn 49 years old before 2021 is out, jokes that she’ll be living in senior housing soon. In that way, maybe The Moldy Peaches music the world knows will arrive in two phases, when they were both practically kids and when they are both practically senior citizens. Missing the middle “more profitable years” entirely. Wouldn’t that be just like them?

“Me and Kimya,” Green says, “We met in this town and we both, you can tell from listening to The Moldy Peaches records, wanted to escape it. We harnessed music as a way to alter the reality around us and get out of our town, which we didn’t really even realize we were doing at the time.”

“My life,” Dawson says, “would have been totally different if I accidentally didn’t become a musician and become a part of a community of musicians. Now, I would rather play a show with good friends whose music I love for 15 people than be all alone in the world and playing arenas.”

All photos courtesy of XO Publicity. 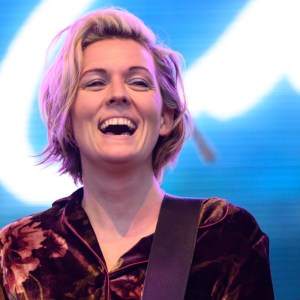 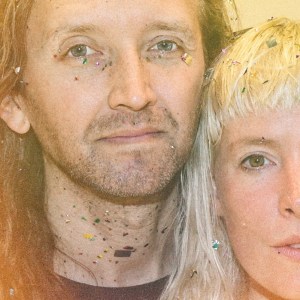