For a long time, none of it felt real. Old Dominion’s initial success following 2015 debut Meat and Candy felt like a shot in the dark, a flash in the pan, a fluke. Then, the reality set in. “The further we got down the road it started to get real,” singer Matthew Ramsey tells American Songwriter. “Now, we’re on tour, wake up, look out the bus window, and there are tractor trailers and buses everywhere, crew members, your logo, and thousands of people buying tickets. It’s pretty real.”

There’s a trajectory that never descended after breakout hit “Break Up With Him,” for the band, consisting of Ramsey, guitarist Trevor Rosen and Brad Tursi, Geoff Sprung on bass, and drummer Whit Sellers. Now five years in, they’ve landed two Country Music Association and Academy of Country Music Group of the Year awards, and several of their singles have gone platinum and received Recording Industry Association of America gold status.

On Old Dominion, the band’s third studio album, which they co-produced for the first time with longtime collaborator and producer Shane McAnally, ballads “Some People Do,” co-written by Ramsey, along with Thomas Rhett, Jesse Frasure, and McAnally, and second single “One Man Band,” which the band recently performed on “The Tonight Show Starring Jimmy Fallon,” already reached the top of the country charts.

At first the band had what Ramsey calls one of their “inappropriate” titles ready—Meat and Candy and follow up 2017’s Happy Endings—but once the new music unfolded in the studio, it just felt right to go with Old Dominion.

Ramsey admits their debut was all about the hits, while Old Dominion unravels something more profound, vulnerable, and personal for the band. “We were trying to deliver an album where our label could pick any single and they would have a hit,” he says of their debut. “As we established ourselves, that hit song mentality is still engrained is us a little bit, but now we felt comfortable to push ourselves outside of that realm a little bit and just write with our hearts more than our heads.”

Writing collaboratively is how Old Dominion functions. It’s not surprising since they all initially relocated to Nashville to become songwriters. There was never a plan to become a band, but they learned the value of co-writing as they rose through the writing ranks together.

“It’s very natural for us, because we’re all after the best song that we can write,” says Ramsey. “We work really well together. Sometimes when I think I’m saying something so clearly and present it to them, they’re like ‘we don’t really understand what you mean there.’ We all work together to make sure that that idea is communicated as clearly as effectively as it possibly can.”

Initially, very little was pre-written before the band hit the studio for Old Dominion but came together collectively. “Make it Sweet” was the first song the band wrote together in the studio and recorded it the same day. The next day, they wrote and recorded “Hear You Now” on the spot, while “Some People Do” Ramsey brought in and later co-wrote with Rhett and co.

“You have to check your ego at the door and be ready to be laughed at for your dumb ideas,” says Ramsey. “But it’s a very rewarding thing at the end when you all can sit there and sit there and listen to this creation you worked on together.”

Following up “Some People Do,” Ramsey says there’s room for other collaborations in the future, but it has to be authentic, not forced.

Right now, the reality is that Old Dominion are at a peak, but they know where they’re going. “To the top,” says Ramsey. “There’s always the next level, and we’re always looking for it. I think we just want to make music that speaks to us. As long as we do that, hopefully it will speak to other people.”

He adds, “Your days in this business are numbered. We’re just going to enjoy it while we got it. As long as we love doing it, we’ll keep doing it.” 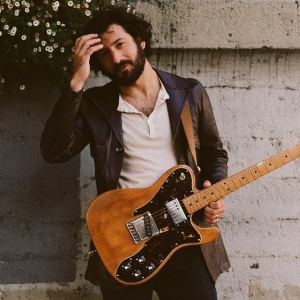 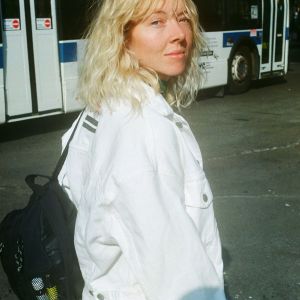