“I wouldn’t trade being female for anything,” said Gwen Stefani, “but the guys don’t understand what a burden it can be sometimes.” Frustrated by her overprotective parents because she was a girl, Stefani wrote “Just a Girl,” off No Doubt’s third album Tragic Kingdom (1995), after her father lectured her for driving home late one night from her bandmate Tony Kanal’s place.

“I can remember thinking, ‘Wow, I’m in the car right now, I’m driving home, it’s like one in the morning and if something did happen to me, I’m vulnerable because I’m a girl,'” said Stefani in a 2017 interview. “And you start to think, ‘Wow, maybe people actually look at me differently because I am a female’”

Stefani added, “I just wanted to write a song to express how I was feeling in that moment and I never in my wildest dreams thought that anyone would hear it. I remember coming up with every single line [and] I have a really bad memory but I really, really remember that moment and feeling I could really relate to myself and this song. I felt like it really echoed exactly how I felt.”

“Just a Girl” was also the first song Stefani wrote for No Doubt after her brother, who was the key songwriter, left the band in 1994. “I was in this all-guy band and all my friends were guys,” said Stefani. “I just had this point of view and I wanted to play on that. I thought it was really appropriate and really real to who I was.”

An anthem for women.

A power anthem for disenchanted young women of the ’90s and one that yelled back at the imbalances of the sexes, “Just a Girl” is a song of liberation. It’s about becoming a woman, and no longer being “just a girl.’

Take this pink ribbon off my eyes
I’m exposed and it’s no big surprise
Don’t you think I know exactly where I stand?
This world is forcing me to hold your hand

Formed in 1986, No Doubt had its ups and downs, and almost broke up following the suicide of former lead singer John Spencer in 1987. Signed to Interscope in 1991, the band released their self-titled debut a year later, but it wasn’t until Tragic Kingdom that No Doubt came to being with their first single “Just a Girl.” Written by Stefani and No Doubt guitarist Tom Dumont and produced by Matthew Wilder, “Just a Girl” became the band’s first song to make the charts, and peaked at No. 23 on the Billboard Hot 100.

Fronting an all-male band, “Just a Girl” was also a sign of feminine empowerment and unity, right down to the imagery within the video, directed by Mark Kohr (Green Day, Alanis Morissett, Shakira), showing Stefani in a lavish, ladies room, while the guys in the band walked into a dingier bathroom. In the end, they all unite on her side, together.

Don’t ask about the meaning of “Just a Girl.”

“I hate it when I’m asked what that song is about,” said Stefani in a 1996 interview on the song’s meaning. “The lyrics are so obvious. If you don’t think it’s sarcastic, you’ve got to be like an idiot.” 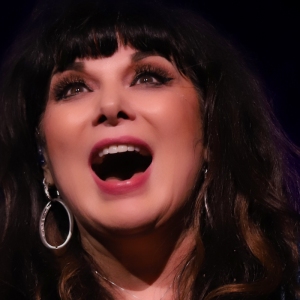