India.Arie is removing her music and podcast, SongVersation, from Spotify in solidarity with Neil Young, who had his music pulled from the streaming platform in protest over host Joe Rogan, who he believes has shared “misinformation” COVID-19 and vaccines. Arie joins artists Joni Mitchell and E Street Band guitarist Nils Lofgren, who quickly followed suit.

In a statement released on Jan. 31, Arie, who currently has 1.3 million monthly listeners on the streaming service, said she supports Young’s stance against Rogan and his guests’ coronavirus comments on the Spotify podcast, The Joe Rogan Experience, but was also dismayed by Rogan’s “language around race.”

“I have decided to pull my music and podcast from Spotify,” said Arie. “Neil Young opened a door that I must walk through. I believe in freedom of speech. However, I find Joe Rogan problematic for reasons other than his Covid interviews. For me, it’s also his language around race.”

Arie added, “What I am talking about is respect–who gets it and who doesn’t. Paying musicians a fraction of a penny? And him $100M? This shows the type of company they are and the company that they keep. I’m tired.”

The R&B artist has already filed official requests to have her music removed from Spotify, according to a report.

Arie’s statement follows a series of tweets by the artist beginning on Jan. 29, using the hashtag “#DeleteSpotify.” Prior to her decision to pull from Spotify, Arie was expressing her anger toward the streaming platform and the music industry in a series of posts.

“The music industry is abusive,” she wrote in one post, “Sexist. Racist. Ageist. Amplified and Unchecked. This is not an opinion. This is wisdom. This streaming model is but one area that needs to be torn down and rebuilt with respect for the artists at the fore.”

The steady stream of artists pulling from Spotify began on Jan. 26 when Young, who has more than six million followers on the platform, said on his official website that he was pulling his music from the streaming service. “Spotify has become the home of life-threatening COVID misinformation,” he wrote in his open letter. Mitchell, and Lofgren, who have 3.7 million and more than 220,000 followers, respectively, backed Young and pledged to remove their music, while author and researcher Brené Brown paused new episodes of her Spotify-exclusive podcasts Unlocking Us and Dare to Lead “until further notice.”

Rogan issued a response to the backlash against Spotify and what he hopes to change moving forward on his podcast.

On Jan. 30 Spotify’s CEO, Daniel Ek also released a statement outlining the company’s new rules and approach to COVID-19, including the addition of “a content advisory to any podcast episode that includes a discussion about COVID-19.”

“We have had rules in place for many years but admittedly, we haven’t been transparent around the policies that guide our content more broadly,” said Ek. “Based on the feedback over the last several weeks, it’s become clear to me that we have an obligation to do more to provide balance and access to widely-accepted information from the medical and scientific communities guiding us through this unprecedented time.”

Part of the new steps Spotify is taking is the addition of a “content advisory to any podcast episode that includes a discussion about COVID-19.” 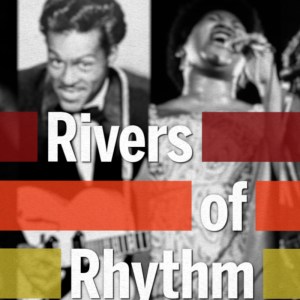