Neil Young is putting his money where his mouth is.

In an open letter to his management team and record label, Young has given the popular music streaming platform Spotify an ultimatum: it’s me or Joe Rogan.

Young is demanding that Spotify make a choice between his music or Rogan’s popular podcast. Young claims (and rightly so) that Rogan is giving misinformation about COVID-19 and vaccines that is potentially causing serious damage, and deaths.

Prior to Young’s demand, hundreds of doctors have petitioned Spotify to take action against Rogan. (Here is a clip of him being fact-checked in real-time but not admitting error.)

On his own website, Young wrote in a now-deleted post, “I am doing this because Spotify is spreading fake information about vaccines—potentially causing death to those who believe the disinformation being spread by them. Please act on this immediately today and keep me informed of the time schedule.”

Young continued, “I want you to let Spotify know immediately TODAY that I want all my music off their platform. They can have [Joe] Rogan or Young. Not both.”

He added, “With an estimated 11 million listeners per episode, JRE, which is hosted exclusively on Spotify, is the world’s largest podcast and has tremendous influence. Spotify has a responsibility to mitigate the spread of misinformation on its platform, though the company presently has no misinformation policy.”

Young had already removed much of his music from Spotify a few years ago, but later went back on that decision, telling Rolling Stone in 2019, “that’s where people get music. I want people to hear my music no matter what they have to get through to do it. I’m just trying to make it so they hear a lot more and enjoy it a lot more, but sell it for the same price because music is music.”

Young’s letter was addressed to Frank Gironda, his manager, and Tom Corson, the co-chairman and chief operating officer of Warner Brothers.

As of now, neither Spotify nor Rogan have addressed the letter. But one wonders if other big-name musicians will follow in Young’s fresh footsteps. 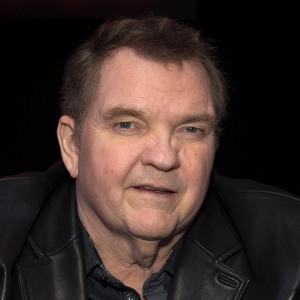