The producer and Bleachers frontman took to Twitter, rattling off posts in the wake of Swift’s criticism of Ticketmaster and another collaborator, Lorde’s, recent discussion on today’s touring landscape. “While we are having the discussion can venues simply stop taxing merch of artists?,” Antonoff tweeted. “This is literally the only way you make money when you start out touring.”

Several tweets followed, reading, “The more we make it tenable for young and small artists to make a living on the road the more great music we will get.”

“Touring is one of the most honest ways to make a living,” he added. “Some of the hardest and most heartfelt work you can do. So why must [they] fuck artist[s] so hard?”

He wrapped up his argument, writing, “[Simple] solutions, stop taxing merch, stop lying to artists about costs of putting on shows, include artists in more areas of revenue. The stories I could tell from my years of touring are bananas. Young artists on tour are the last to see any money.”

Antonoff’s thread arrives hours after Swift shamed Ticketmaster for cancelling the public on-sale for her upcoming tour due to “extraordinarily high demands.”

The artist wrote a statement to fans in her Instagram stories where she said, “I’m not going to make excuses for anyone because we asked them, multiple times, if they could handle this kind of demand and we were assured they could.” 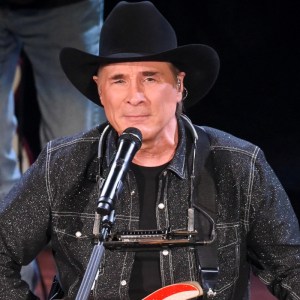