Cindy Howes talks with old-time player Jake Blount in this episode of the Basic Folk podcast. They discuss his work of elevating and revealing Black people’s massive contributions in traditional folk music.

For Blount, it all started when he was very young. Blount and his sister were the first in his family (on his dad’s side) born off of the Virginia plantation where his ancestors were kept as slaves for as long as anyone can remember. And as a kid, this history was all around him. It really hit him hard, however, after the murder of Trayvon Martin in 2013. He hadn’t been under the impression that racism of that kind, killing a 17-year-old black child and getting away with it, still existed.

He dove into researching the music of slaves: the spirituals and gospels. But he didn’t find what he was looking for until he came across the banjo and learned its history. Stolen black slaves took the banjo across the Atlantic with them. Now, more and more, that information on the banjo’s roots residing in Africa is spreading. Blount also learned that his ancestors were directly tied to the slave communities around the Chesapeake Bay. Since then, Blount has received a BA in ethnomusicology at Hamilton College, NY, and become a fervent researcher and sharer of black folk music.

His new album Spider Tales‘ title is a nod to the great trickster of Akan mythology, Anansi. “The Anansi stories were tales that celebrated unseating the oppressor.” These are mostly black traditional songs. The subversion in these traditional songs to help singers survive. These songs are full of coded messages and allow room to criticize the powerful without fear of retribution.

Blount is also a young queer man in America. This makes its way into his music in interesting ways. For example, he changed the pronouns of “Where Did You Sleep Last Night” to all male pronouns. His explanation of why he did that is heart-wrenching.

Host Cindy Howes is passionately motivated to connect communities through meaningful music. Cindy has been a fierce folk music advocate for over two decades. Now she is managing marketing at historic folk venue Club Passim, in Cambridge, MA. She’s worked at public stations like WYEP and WERS and believes in growing an audience through authentic connection. She launched the podcast Basic Folk in 2018. 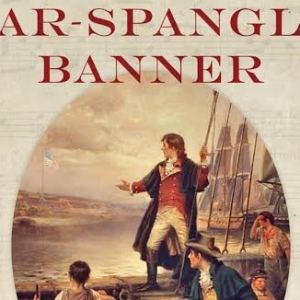 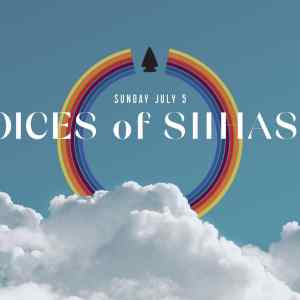